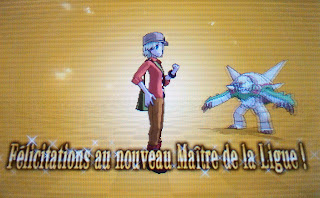 And with that, I covered all three Kalos Starters, making X and Y the third pair of games that gets the Full Starter Coverage treatment. Just four more Gens to go!

Little Chespin, resident Grass Starter of the Gen VI entries, could as well have been called 'Missed Opportunity' or even 'Giant Blunder'. His overall design, although inventive and cohesive, is so utterly repulsive that it tainted his whole legacy and probably deterred countless players from selecting him. Heck, I can honestly say that were I not so hell-bent on running solo with all Starters from all gens, I would never have touched the chesnut-meet-rodent creature in a million solo runs. And mind you, I'm still absolutely not sold on the Chespin line's designs and probably never will be; while I moderately like Chespin himself, Quilladin and Chesnaught were a constant insult to my retinas. However, I have to bow down to Chespin&evos when it comes to battle prowess; because let's face it, we're totally dealing with one of the best offensive Grass Starters ever created since the dawn of the series. 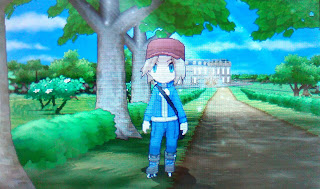 It's fairly well known that GameFreak wanted the Kalos Starters to emulate traditional classes in RPG. In that regard, having the Grass Starter don the role of the Warrior/Paladin made perfect sense: trees can be associated with strength and solidity, while the intangibility of fire and the slipperiness of water makes them perfect fits for the Mage and Ninja classes respectively. Not only were those design choices beautifully spot-on, but they also treated us to a Grass Starter that's not a complete pushover on the battlefield. Chesnaught is a pure Physical powerhouse, with sky-high Attack and even higher Defense. That allows him to take a million hits comfortably while he obliterates foes, which beautifully compensate for his lousy Speed and make his whopping six Type weaknesses hardly noticeable. Chesnaught's double Grass/Fighting typing works really well on the battlefield, and he's treated to an absolutely stellar Move pool — another nice change for a Grass Starter. Chesnaught's levelling-up learnset comprises offensive Moves belonging to a whopping seven different Types; such variety is rare, even amongst Types that are traditionally more flexible than Grass when it comes to offensive coverage. 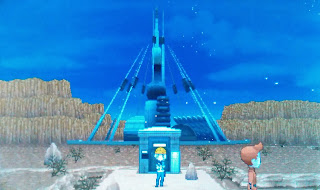 I definitely had fun with my Chespin's Move pool, let me tell you that. It was already thrilling enough to handle powerful Grass Moves, which is something I don't get to do often since I hardly ever play with Grass 'Mons; but Chespin&evos also have access to other Moves that I had never handled before. Moves such as Take Down, Hammer Arm, Low Sweep or even Mud Shot quenched my thrist for Move experimentation and totally made my day — so much so that I didn't even feel compelled to use my beloved Return. After copiously switching between Moves, I finally settled on Seed Bomb (Grass), Take Down (Normal), Hammer Arm (Fighting) and Rock Tomb (Rock) in the late stages of my run. Once on Victory Road, I couldn't be arsed to make a detour to pick up Dragon Claw; and with hindsight, that was a bit of a mistake on my part. Wielding Dragon Claw instead of the rather weak Rock Tomb would undoubtedly have made my Elite Four showndown a trifle smoother, instead of the Battle Item-littered trudge it turned out to be. Oh, well. I was crowned Champion all the same in the end, and that's all that matters.

Long story short: Chesnaught looks like shit, but he can strut his stuff like a boss on the battlefield. He can claim the honour of being my second favourite Kalos Starter when it comes to battle prowess: not quite as awesome as Delphox, but still way better than Greninja. And I have to admit that Chespin&evos somewhat renewed my faith in Grass Starters and made me want to try more of them. I sure hope that my next Starters Runs pack pleasant surprises on the Grass front! And as usual, dear fellow gamers: thanks for reading, and be my guest anytime!
Posted by Isleif at 21:42