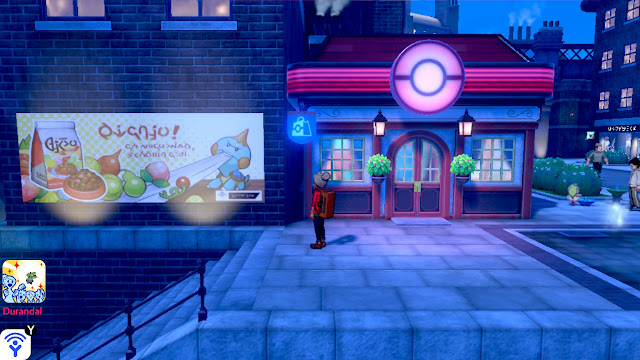 Let’s face it, dear fellow Pokefans: although we love the series dearly, we’ve all wished GameFreak could ditch a couple of Pokemon tropes along the way. Well, guess what: they finally obliged, and harder than we’d ever thought they would. As the saying goes: be careful what you wish for, you might just get it — heck, some of us Pokefans will definitely get more trope ditching than we’ve bargained for. Brace yourself, for here comes the ominously long and meaty list of all the tropes we have to bid adieu. 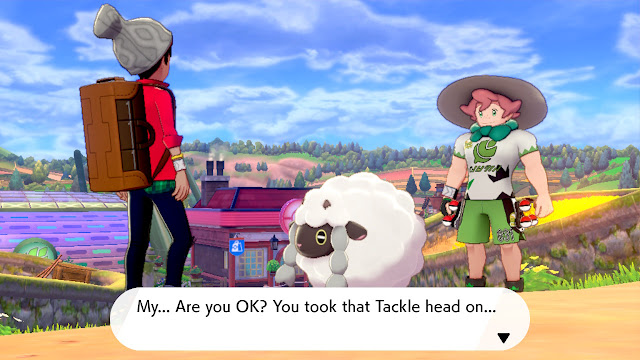 The Rival. We may try to convince ourselves otherwise, by claiming that the Rival role is split between four characters in S&S, or that Leon was our true rival all along. Yet at some point, we’ll have to man up and face the truth: namely that the Rival as we know it, all riling up and antagonizing and taking our very existence as a personal insult, is now a thing of Gens past. Sure enough, there are people we fight on a regular basis; however, it takes more than repeated fights to make a Pokemon Rival. Rivals were our frenemies, frustrated little b*tches who branded us as the roadblock standing in their way to greatness and wanted to make us pay for it at every turn; and no matter how hard we look, we won’t find that in S&S. We may find bits and pieces of past Rivals here and there — like, Bede’s snarky and overconfident streak screams good old Blue, Marnie’s standoffish and aloof attitude emulates May and Calem, and Hop’s zestiness and bounciness are more than a little close to Barry’s. And of course, you have the deep, intense thing going on between Raihan and Leon, which is definitely a reboot of the burning Red and Blue rivalry. If anything, the Leon/Raihan dynamic proves that GameFreak didn’t forget how to do rivalry over the years, and that not giving us our own personal Rival in S&S was very much a conscious choice. 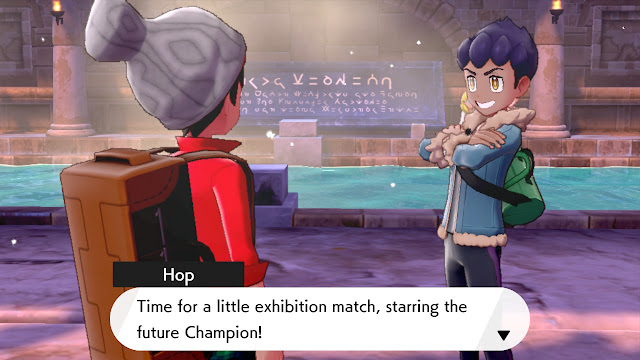 The Villain Team. That trope had been shaken a bit already in Gen VII, where we had a Villain Team posing as good guys as well as a laughing stock parodic Villain Team; but this time around, it’s really dead and buried. Team Yell introduce themselves right away as a bunch of Marnie supporters, whose only flaw is their overzealousness; as for Macro Cosmos, they oppose you only once in the game, and over a misunderstanding of sorts to boot. No Villain Team means no Big Baddie; and indeed, you’d be hard-pressed to find such a thing in S&S. Sure, Oleana is kinda shady, and Rose is more than a little ambiguous; but neither one of them boasts openly and actively nefarious intentions like Villain Team Leaders of Gens past. 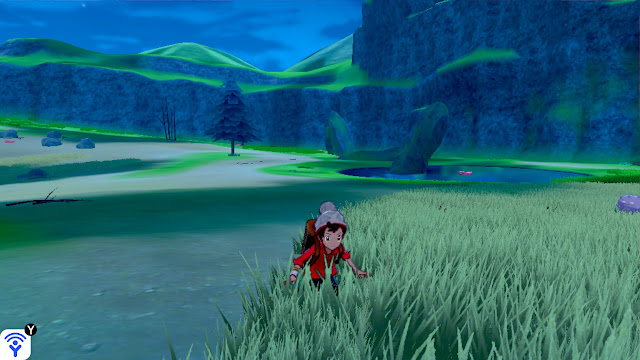 The Pokemon Professor. Yes, there is a Pokemon Professor in S&S; however, there’s no denying that Professor Magnolia is here just to pay lip service to the trope. You meet her twice over the course of your adventure, and she has no influence whatsoever on your endeavours beyond crafting your Dynamax Bracelet and convincing Leon to endorse you for the Champion Cup. Not only that, but she passes the baton to Sonia before the end of the game; and as Hop himself expresses an interest in becoming a Pokemon Professor, we can safely claim that the cliché of the Pokemon Professor who rules over a single region yet enrols teenagers to gather data for him is no longer a thing indeed. It says a lot that the Pokedex is explicitly given to you for your own enlightenment, with the Champion Cup in sight, rather than to play lackey to a lazy Pokemon Professor. 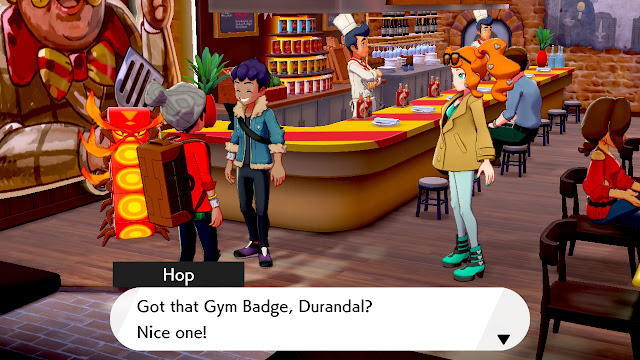 The Hall of Fame. If you thought the absence of celebratory Hall of Fame pictures in my S&S run reports were an oversight on my part, you’re wrong indeed; those pictures are missing because there is simply no Hall of Fame in Galar. The game closes on a picture of Leon acknowledging his defeat by throwing away his cap; and if you leave the Switch untouched for long enough after the credits are done rolling, you’ll be treated to a view of your Trainer and his team standing proudly on the pitch. But apart from that, there is no glitzy celebration of your victory, no record of your exploits, no rubbing of your ego like in previous Gens. It feels weird indeed; but I’d wager I’ll get used to it over time and runs. 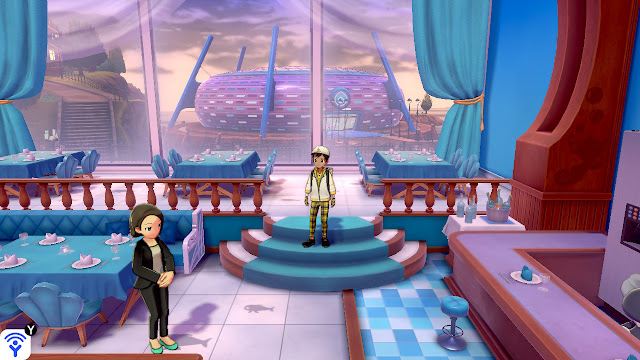 The HMs. You might say that no more HMs was a thing in Gen VII already, and you’d be totally right; but Gen VIII takes things further, by removing nearly all HM-related obstructions. No more bushes to Cut, boulders to Rock Smash or Strength away, or darkness to Flash — let that sink in. As for Flying and Surfing, they’re handled respectively by a loading screen and a Bike upgrade. Cruising around a region has never been smoother and easier; and to cement that Rubicon crossing that’s hopefully bound to stay, all former HMs have been turned into TMs.

The Move Deleter, Move Reminder and Name Rater. No more running around the region to find those guys: all that deleting, reminding and renaming business can be safely and conveniently handled at the next Pokemon Centre. Thank Arceus for that, as it allows one to experiment more freely with Moves and change their ‘Mons’ names in every town if they wish to. 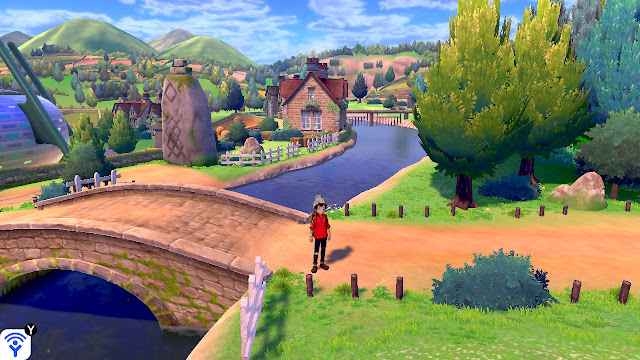 The “OMG What a Surprise!” Champion. The game tells us, right away and in no uncertain terms, who the resident Champion is. I’ll admit it: the incognito Champion trope in so ingrained in my mind that I first assumed that the game would go all plot-twisty on us, and that Leon would turn out not to be the genuine Champion after all. But nope; he was the one and only Champion alright, and all guessing games were pointless.

Return. I had to say goodbye to that beloved fixture of my solo endeavours; however, Return is but the tip of the iceberg when it comes to Moves that got axed from Gen VIII. We have to part with no less than 77 Moves in S&S. Seventy-seven friggin’ Moves — let that sink in. The complete list can be found here, and it includes venerable entries such as Hidden Power, Pursuit and Embargo. 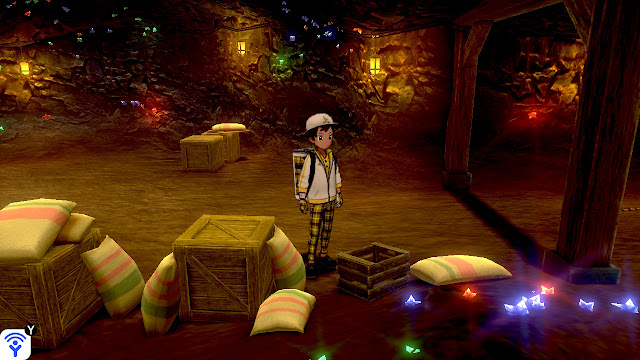 Let’s face it, dear fellow Pokefans: we’ve been ushered in a new Pokemon era, for better or for worse. The fact that I, for one, love Galar and S&S should be obvious enough by now; but I’m pretty sure I can make it even more obvious by writing a lively, meaty list of my very own Pros&Cons. And thus I’ll see you soon with the third part of my S&S report, dear fellow gamers; in the meantime, keep playing and take care!

You can find the rest of the report here:

Part 3: My Own Private Pros & Cons

Mary Skelter 2: Yes, but not really 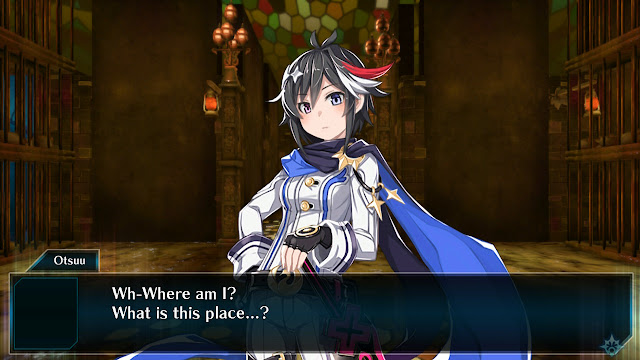 We’re talking about a super-elusive game here; a game which, unlike its prequel and upcoming sequel, was not granted a wide physical release on our shores. That game happens to belong to one of my favourite subgenres under the RPG sun, which should have warranted an immediate and brainless purchase… And would have, if not for the fact that this same game’s price tag ranges from 125 to 350 bucks on Ebay for the Limited Run physical edition — shipping not included, b*tch.

Even a serial collector like me had to balk at purchasing such an expensive game. Not just an expensive game, mind you; an expensive game sandwiched between two much more affordable entries. And so, I settled for the next best thing: to purchase MS2 digitally, and to try it right away to see if it was worth the investment. 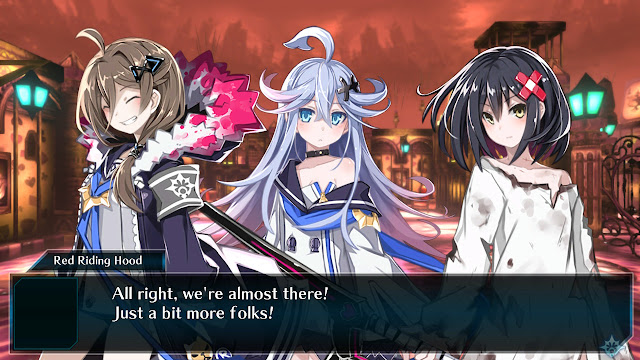 As you guessed already, the answer after a couple of hours of play is not quite: I won’t pounce to grab a copy of MS2 on Ebay, neither now nor ever. Heck, I’m not even sure I’ll ever play the thing beyond that first foray, which I actually cut short — a first for a FPDC. The reason is pretty simple: although MS2 sports some perfectly decent FPDC mechanics, it grosses me out. The yucky factor is strong with that game: from the foul colours of the dungeons to the vile fuzziness of the graphics, the whole thing screams decay and gloominess. And when you add the grotesque aesthetics, the body horror elements in the story, the (heavily censored but still kinda disgusting) blood-splattering gimmick in combat, the repulsive SFX, the discordant soundtrack and the stressful pursuit by foes, you get a game that I don’t quite fancy playing. If I fancied being stressed or nauseated by a game, I would play survival horror, thank you very much.

Long story short: MS2 and I are not meant together, I’m afraid. I won’t go as far as to erase it now that it’s on a memory card; but I’m honestly not sure I’ll ever feel like playing it again. Also, I’ll check the level of grossness carefully before committing to a purchase of Mary Skelter Finale. See ya soon, dear fellow gamers!