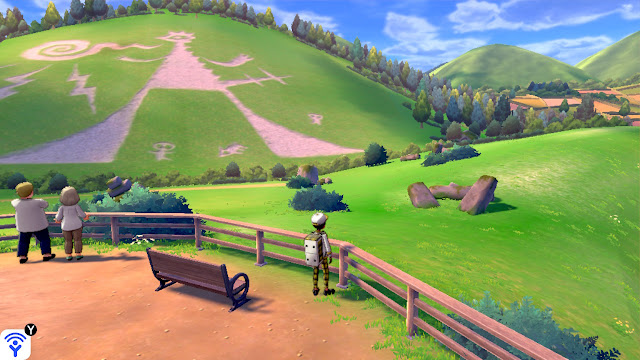 The title says it all, really; I’m here to list the (many) things I love to pieces in S&S, and the (very few) things I don’t quite fancy. Without further ado, my dear fellow Pokefans, let’s get to it!

Hop. Man, I love that chap, like the little brother I never had. The relationship between Hop and your Trainer is simply the deepest and most touching relationship in the whole series — heck, Hau and Lillie wish they could be just as close to your Trainer. I spy with my little eye, something beginning with S- all over the internet — some serious shipping, with Gloria and Victor. That most touching and fulfilling relationship is woven into the story through the Two Heroes of Galar theme, which could have been a bit stifling; fortunately, the build-up is really slow and careful, and Hop is not forced on you like Lillie was in S&M. Also, take some time to scrutinize his facial expressions at the end of his final fight with you: they’re so subtle, so nuanced, so deep and haunting that it hurts.

Strategically, the guy is dope. He doesn’t just engage you over and over again with stronger versions of his ‘Mons, like all rivals before him. He revamps and tweaks his team constantly, going as far as to fight you with a completely new team at some point. Yet when all is said and done, Hop and your Trainer are a perfect combination of Brains & Brawl, as acknowledged by the ultimate morphing into a Champion and Pokemon Professor duo. That’s some seriously good character development there, and it goes much deeper than your usual Pokemon rivalvry. 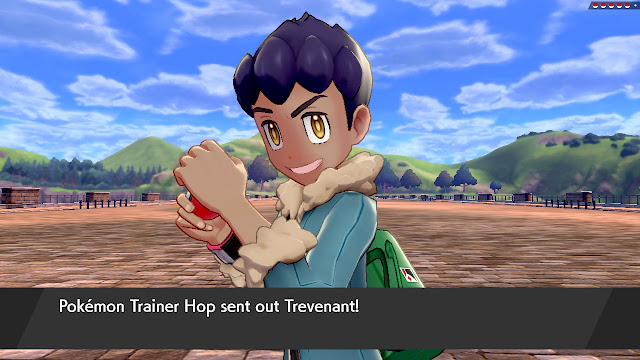 The Galar League. They look awesome, both as a team and separately. I’ve never really paid attention to Gym leaders before: the only one that ever stuck in my mind is Olivia from S&M, and that was more due to her skimpy outfit than to her personality. But man, I won’t forget the Galar Gym Leaders any time soon: from their designs to their personalities and attitudes, everything about them is memorable — and mesmerizing.

Gyms Leader Fights. The Galar League is awesome enough already; but boy oh boy, do fights against them ooze effortless cool and badasseness. I’ll say it: those fights riled me up like no other Gym Leader fights in the series. I lapped up everything about them, from the sleek and smooth camera angles and moves to the impossibly bouncy and stimulating Gym Leader theme track. 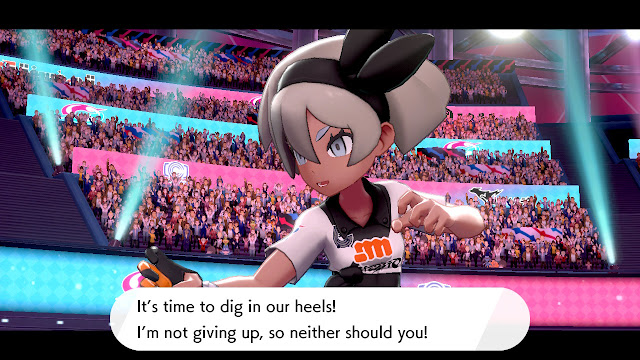 Raihan — a.k.a. S&S’s resident slut, and the hunkiest, sexiest, hottest character to ever grace a Pokemon game. Not only is the Dragon Trainer the first ever Wake-up Call Boss in the whole series, but he’s also the first character to ooze genuine sultriness and allure through every pore. Raihan, baby, what did you do to me? I’ve not been fanboying like that over a cool and strong character since Trunks in DBZ, hot damn. And heck, I’m not the only one: try googling “Raihan is…”, and the first suggestion that pops up is “Raihan is hot” — true story. Not only that, but the internet is swarming with fan art showing the resident Dragon Trainer in various stages of undress, as well as pairing him with basically everybody in Galar — from Kabu to Nessa to Milo, without forgetting Victor&Gloria, Piers and, of course, Leon himself. Oh yeah, right: there’s a wild theory floating around the internet about the latter and Raihan, a theory that claims that the two are canonically rivals and boyfriends. Long story short: Raihan is hawt indeed, and the whole Universe wants to get into his shorts — heck, even yours truly wouldn’t be quite against it. 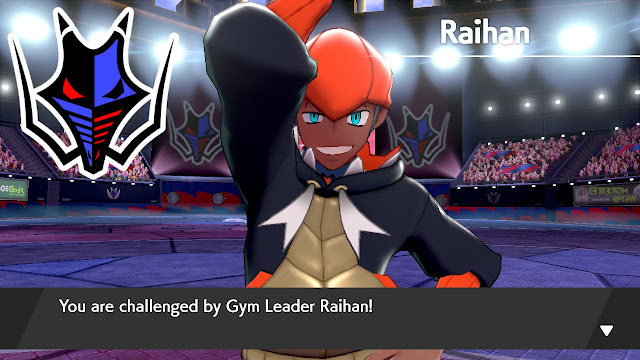 The whole cast of main characters. They’re all delightfully unique and incredibly well fleshed out, with very distinct and nuanced personalities. Cherry on the cake, they’ve all been granted their own exclusive battle theme — and boy, do these songs fit them to a T indeed, from the giddy trepidation of Hop’s theme to the vicious restlessness of Bede’s theme (big up for Marnie’s theme, which can worm its way into your head faster than a Europop track). I have to give a special mention to the many different ways that crew throws their Pokeballs, which is always consistent with their personalities on top of being riveting to watch. I’ll say it: this is absolutely my favourite cast of characters ever in a Pokemon game. And baby, the internet agrees: S&S shipping is all over the place, with crazy good fan art and heaps of fanfictions. 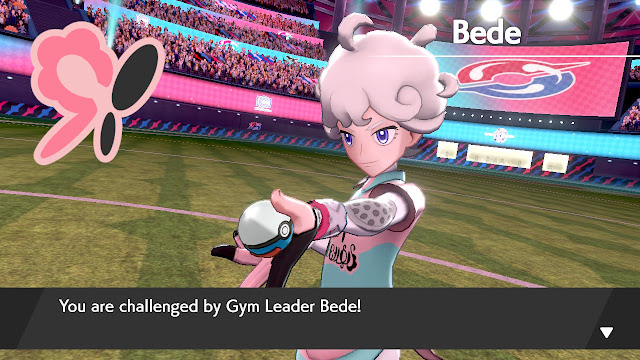 The Pokemon designs. Look, some of them are my favourites in the entire series. Morpeko? Best Pikachu clone evah, cuter even than its venerable model. Centiskorch? The coolest and most badass Bug ‘Mon ever created. Carkoal? The creature’s snarky smile is irresistible, and its design fits the England theme so perfectly that it hurts. Alcremie? Everything Slurpuff wishes it could have been. Dragapult? Impossibly hilarious and kickass at the same time. And my, the local forms! Alolan forms were a nice try already, but Galar honed the concept to perfection. Sirfetch’d? So Arthurian! Galarian Weezing? So Industrial Revolution! Galarian Slowbro? So New Wave! Galarian Ponyta? So Goldfrapp-meets-Epsom Derby! I could go on and on, but you get the picture: I absolutely adore Galar’s fauna, and I’m itching to cruise with nearly all of them. 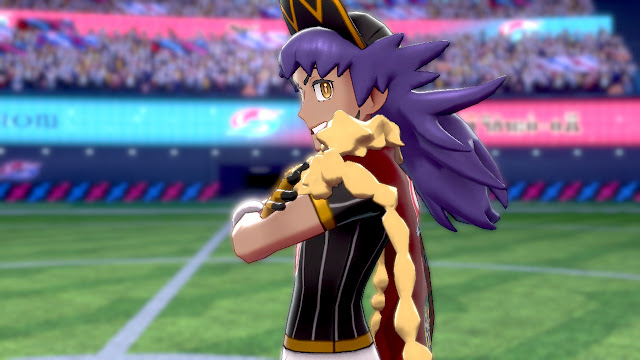 Leon’s style — or lack thereof. What were you thinking, GameFreak? Look, I’m a mullet lover, and you know from my Sun&Moon run reports that my sense of style is a complete insult to la mode; but heck, even I cannot swallow Leon’s style. He looks ridiculous, period.

No skip feature for cutscenes. Skipping movies is not nearly enough; I wish I could have skipped all narrative parts. Please GameFreak, make this come true in the Gen IV remakes. 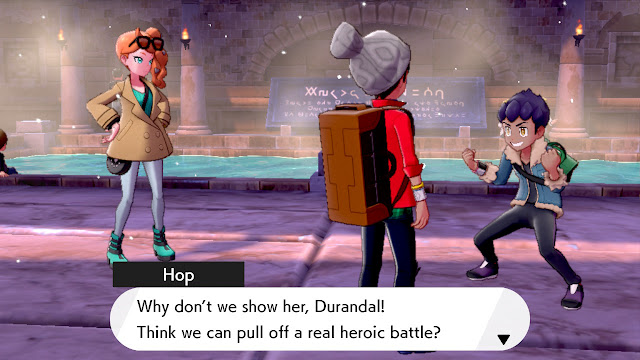 Dynamax. Let’s face it, it’s a bit repetitive, and not nearly as interesting as ME. It doesn’t help that Trainers always Dynamax their very last ‘Mon, killing any surprise element in the process. Granted, Dynamax probably offer more strategic depth when you play with a full team and have to choose carefully which ‘Mon to Dynamax; but in a solo setting, it’s only a matter of choosing when to Dynamax your lone ranger. I’ll admit it: it got me out of a bind a couple of times, as I Dynamaxed early in the fight to get rid of some troublesome opposition; and heck, Dynamax can really put on a show when you turn on the battle animations.

Spikemuth. I dig the Streets of Rage-inspired layout and the place’s hair metal-meets-punk infused atmosphere; but why on earth can’t I enter houses there, just like in any other bloody town in the game? I understand what GameFreak wanted to do here, the way they tried to create a low-fi, gritty vibe — and totally succeeded; but gosh, Spikemuth should have been just a little livelier and more fleshed out. As it is now, it feels like it’s been added as an afterthough, which is just a pity. 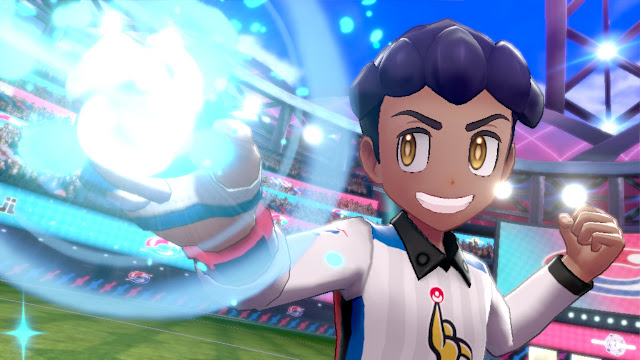 I’m sure you can feel my burning passion for Galar now, dear fellow gamers; not only do I have way more pros than cons, but I managed to find some good even in my cons. You might think that after three posts, I’ve raved about Galar enough already; but nope, I haven’t got my fill yet. There are still some things I wanna say; and I’m gonna say them in the fourth and last part of my S&S report. See ya there!

You can find the rest of the report here:

Part 2: Say Goodbye to the Tropes 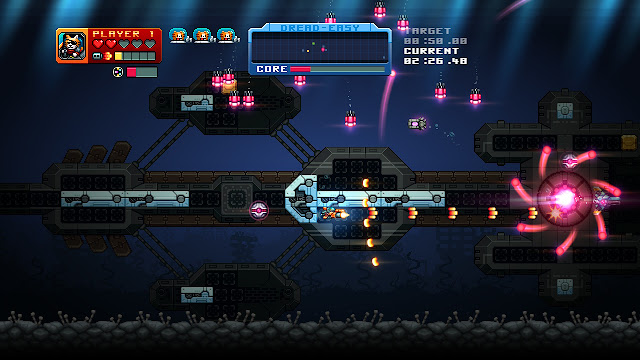 Dreadnought Mode nearly done and dusted, baby! There’s only the gigantic and uber-hard final level left before I can claim full mastery of the thing, and let me tell you: I’m gonna take all the time I need to clear that one level, just like I did with its predecessors. 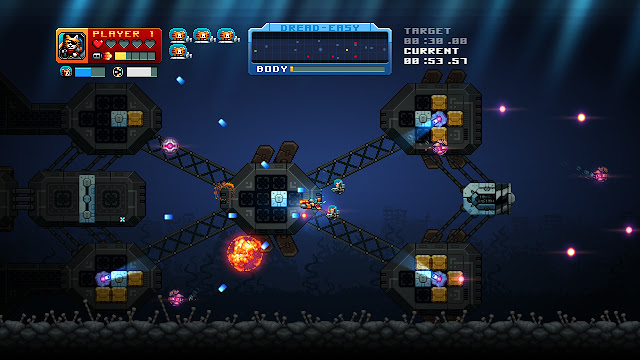 Man, what a crazy ride that was. Levels went from straightforward to increasingly mazey, with a pitch-perfect difficulty curve; I could really feel myself getting stronger, faster and better. I swear my visual acuity and vision field genuinely increased, just like my reaction speed: I now feel like I have eyes everywhere, and I can effortlessly dodge shots that would have found me defenceless three weeks ago. Also, I see AKUDX laser beams when I close my eyes, which is a surefire sign that the game is totally ingrained in me mind — and also that I play it way too much for my own good. But who cares, when it’s so darn fun? 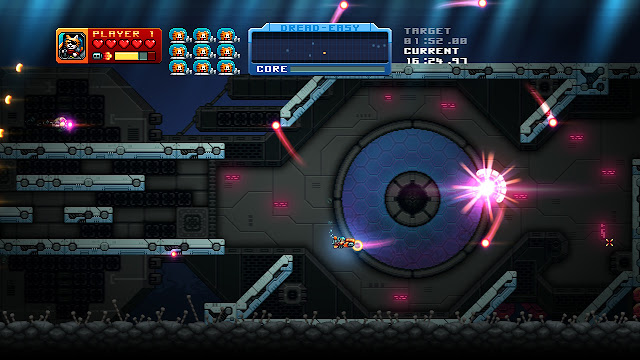 AKUDX only got better as stages rolled, with the three last ones being my favourites. Not only are they delightfully complex and challenging, but they sport what I deem the best track in the whole game — a.k.a. Roll Tide. Man, I fell hard for that track the first time I listened to it. It boasts this loopy, slightly obsessive quality I fancy in my videogame music; and each phrase adds something subtle to the mix while leaving the piece’s essence untouched. But the best comes at the end: after a bridge of sorts that builds up a sense of anticipation, the track suddenly shifts gears at 3:25 and turns into a Jan Hammer-esque synth coda that would totally feel at home in a Miami Vice episode. I didn’t see it coming at all, and my jaw dropped and my heart swelled a little when I heard it for the first time. When I play the last levels, I always try to stay alive until that coda; once I’ve heard it, I can die happy. Like, literally. 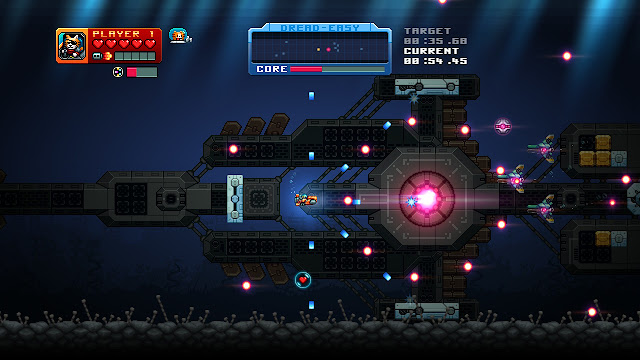 Heck, even the regular Aqua Kitty gameplay got better thanks to my Dreadnought adventure. I now rush and glide effortlessly through the shallow waters of the original mode, shooting at everything with abandon. Honestly, EastAsiaSoft: just shut up, release a physical version and take my money already. I probably won’t write a final post once I’ve beaten the last level, because everything is pretty much said; on the other hand, I’m very much inclined to write a ‘Tips and Tricks’ post — for myself as much as for the next shmup noob. See ya soon, dear fellow gamers!