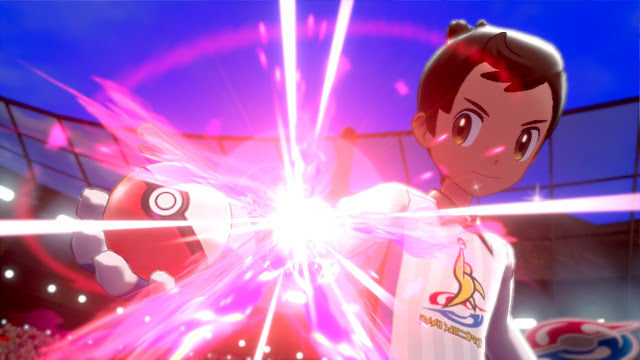 Hullo, dear fellow gamers! Hope you’re doing mighty fine, and gaming like the wind. I’m currently busy preparing a massive S&S report; so massive, in fact, that I’ll publish it over the course of a few weeks, with posts about other games in between. Still, the blueprint is there already — and all ready — and so this report will unfold as such:

Part 2: Say Goodbye to the Tropes

Part 3: My Own Private Pros & Cons

An appetizing four-course menu, if I do say so myself. And sure enough, there will also be run reports as side dishes! As a matter of fact, I’m done polishing off runs with all three Starters, and reports for my Inteleon and Rillaboom runs are in the pipelines as I’m writing this. I can already deliver my own personal ranking for the Galar Starter trio: as far as battle prowess in a solo setting is concerned, Inteleon is the absolute sh*t; Rillaboom comes close second, while Cinderace brings up the rear with a bit of lag. Still, all three Galar Starters are dope indeed — heck, they’re probably the most kickass trio of Starters this side of Gen I. 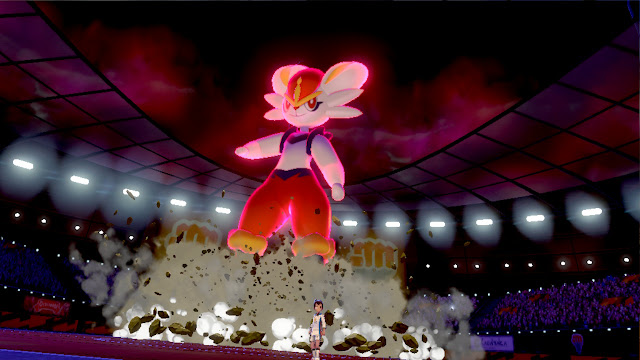 For the record, I've already decided that I’ll exclusively play as Victor in Sword, and as Gloria in Shield. It does feel right and perfect to me, just like playing solely as Selene in Sun and Elio in Moon does. Not only that, but I already settled on names I’ll probably use every single time: Victor will be known as Durandal, and Gloria as Priwen — and yes, those are totally a mythical sword and shield. For some reason, I really feel the need to create a fixed narrative in my S&S experience: my Ones and Monlies can and will change, but my Trainers have to be the same over and over again. Heck, I’ll probably even go with the same hair and skin tones every time: for me, Durandal must be the lower right corner type, whilst Priwen can be none other than the lower left corner type. That’s my S&S Trainer custom jam, and I’ll stand by it ‘til the day I get bored of these games — which will probably never happen. 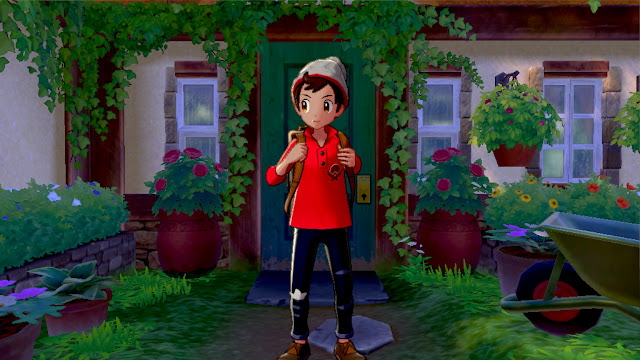 Indeed, I mentioned in my Cinderace run report that I couldn’t get enough of S&S; and well, this feeling is only growing stronger by the run. I feel an intense thirst for all thing Galar, a thirst that seems unquenchable; and I wouldn’t be surprised if S&S became my absolute favourite Pokemon games over time. Those games have something magical, a certain je ne sais quoi I’ve never felt before in any Pokemon title; and yet, I was missing that magic without even knowing it. I realise I don’t sound too rational and clear here, but this is exactly how I feel about S&S. I feel like I’ve barely scraped the surface of that lovely pair, and that they have so, so much more to offer me. And well, I’ll be mightily glad to take it. 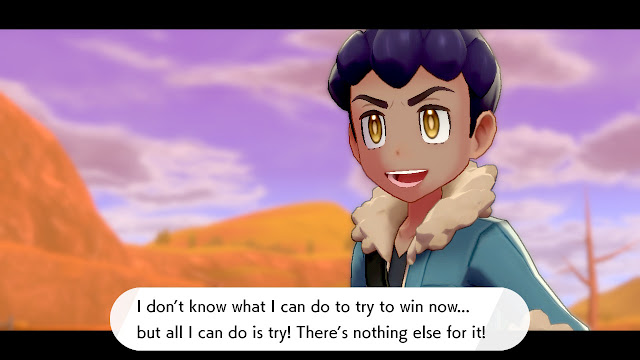 As much as I’d love to keep gorging on S&S, I won’t do so right now. Not only would it be boring to go for another Pokemon rampage so soon after the last one, but I feel like I need to let the dough rest, so to speak. I need to digest my three Starters runs, and proceed my budding feelings for S&S; and heck, other games are tugging at my gaming instinct’s strings. My dear fellow gamers, I’ll see you soon with my many S&S reports, and fresh gaming goodness as well; in the meantime, take care and keep playing! 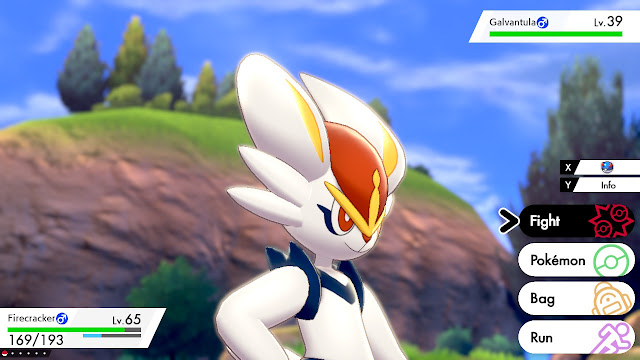 Dear fellow gamers, now’s the time to talk about Sword&Shield. I have a lot to say about that pair indeed, and I’ll do that soon enough in a series of dedicated posts; for now, suffice it to say that I friggin’ love those latest of canon Pokemon offerings, and that I somehow can’t get enough of them. 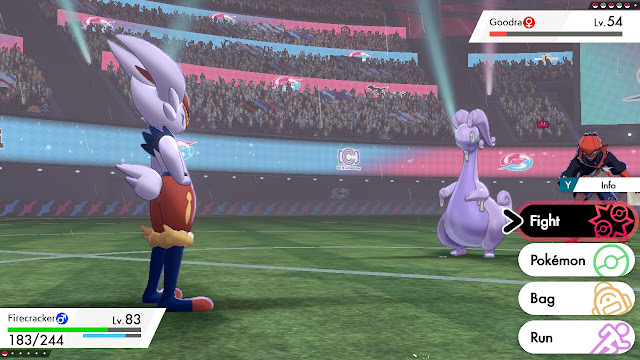 The opener of my S&S roll is none other than the resident Fire Starter, which I would totally have nicknamed ‘Bend It Like Beckam’ if not for the annoying 12-letters limitation. The link with England’s most beloved sport is pretty blatant in Cinderace’s design; and despite my utter lack of interest for said sport, I’m extremely fond of the fiery rabbit’s looks. The fact that we’re dealing with a bipedal ‘Mon doesn’t bother me in the slightest this time around, because we’re not running with the overdone wrestler theme. And thank Arceus, Cinderace is pure Fire Type! I was dreading the usual Fire/Fighting combination, or another uninspired mix that would have smothered the creature’s flame; but GameFreak blessingly let Fire burn bright and unhindered this time around. 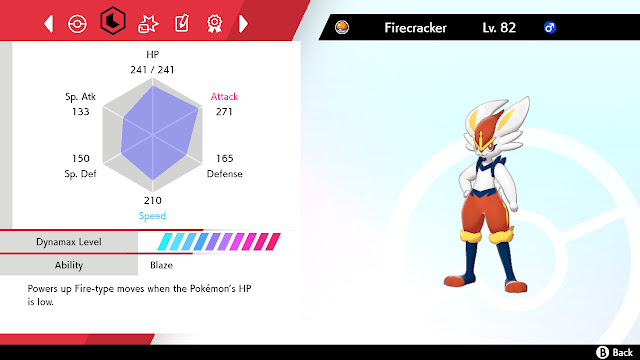 ‘Mons with sky-high Attack and Speed are always stellar solo run material, and Cinderace was no exception. My own Firecracker was blessed with a Brave nature, which meant an even delightfully higher Attack; and well, his other stats weren’t too shabby either. Cinderace’s only real crappy stat being his Sp. Attack, making my Firecracker a pure Physical attacker was a no-brainer. The thing is, I quickly realized that I wouldn’t have much to work with. Cinderace’s ‘natural’ learnset is kinda shallow, and infested with low-power Moves to boot. Let me tell you: I was stuck with Flame Charge, Fire Fang, Headbutt and Double Kick for roughly three quarters of my run. Those are Moves under 70 Power, folks! I needed a pool with a little more oomph; and so, I went out of my way to snatch Fire Punch (75 Power), Iron Head, Low Sweep and Zen Headbutt (80 Power). Upon the last fight, I replaced Fire Punch with Cinderace’s signature Move Pyro Ball, and finally got an uber-powerful Move. That’s 120 power for you; combine that with a boosted Attack and a Charcoal, and you get a Move that can burn everything to a crisp. The only reason I didn’t use Pyro Ball sooner is its ridiculous 5 PP, which is totally unfit for solo run purposes. 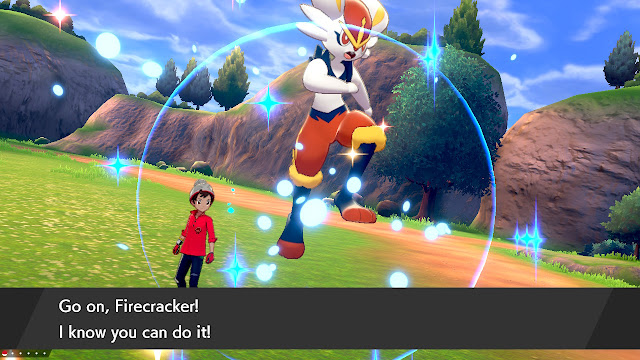 As limited as Firecracker’s Move pool was, it worked incredibly well in Galar. I destroyed Team Yell’s Dark ‘Mons over and over again with Double Kick, I obliterated Hop’s Corviknight and Rillaboom with my Fire Moves, and I generally made mincemeat out of everything. That’s not to say there weren’t roadblocks, starting with Nessa’s Water Gym and Raihan’s Dragon Gym (I’ll have more to say about Raihan, trust me); but in the end, it was still a smooth and fulfilling run. I spent 13 hours cruising through Galar; that’s a mighty fine playing time as far as I’m concerned, and I have good hopes of going under the 12-hour, or even 10-hour mark, with fast-leveling ‘Mons and a better knowledge of the region. Long story short: Cinderace is a kickass Fire Starter, and I cannot wait to cruise with Inteleon and Rillaboom and see if they’re as dope as him. I’ll see you soon with my own private paean to Galar, dear fellow gamers; until then, keep playing like the wind and take care!

Lily of the Hollow – Resurrection: A challenge 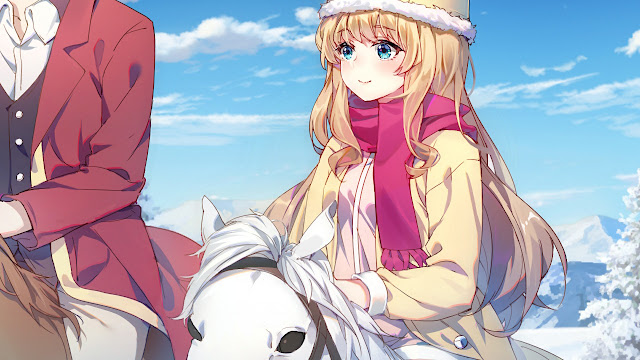 The aforementioned challenge is twofold, dear fellow gamers. The first part of it was to play the game until the (bitter) end; the second part is to find something to write about it. I cleared the first part already; so, I should manage to clear the second part and squeeze a couple of words about that game out of my brain. 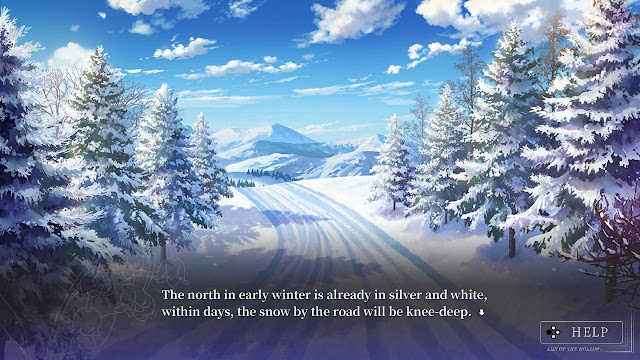 Mind you, I came very close to giving up on the first part of that challenge. The reason is pretty limpid, and should be known to anybody who heard about LotH already: the text, folk. The retina-stabbing, grammar-forsaken, atrociously translated text. It’s not Google Translate bad; it’s much, much worse — believe me when I say that anything GT spouts sounds like Shakespeare compared to LotH’s wordy abominations. I swear, that text doesn’t sound like it’s been translated by a human being — or anything from that galaxy, for that matter. I could rave on and on about the mind-boggling crassness of all things textual in LotH, but the bottom line is this: it makes the game nearly darn unplayable. 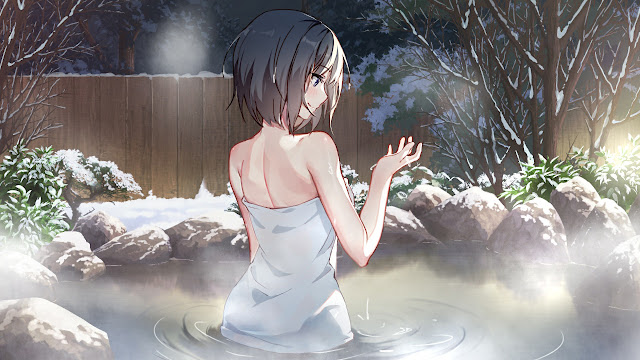 Should you choose to suspend your grammatical common sense and power through like I did, you’ll quickly notice that bad text or no bad text, the story is rushed and painfully lacking in all areas. Romance build-up is just glaringly absent as world build-up, making for a very unfulfilling VN experience; anybody who’s played LotH certainly won’t blame me for ditching the game after polishing off Claudia’s route. 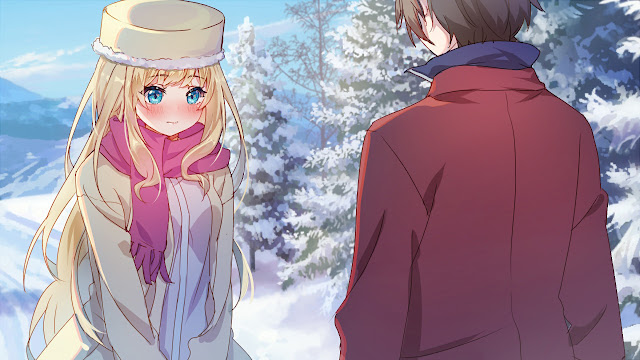 That’s a lot of flaws for a single VN; yet, not only didn’t I hate LotH’s guts, but it actually left a positive imprint on my gamer’s soul. 70% of that positive imprint is the work of the snowy landscapes in which the whole story unfolds. You know I’m a sucker for such landscapes, dear fellow gamers; and LotH’s pristine alpine vistas are some of the most gorgeous I’ve ever feasted my eyes upon in a VN. The remaining 30% can be proudly claimed by the splendid crystalline soundtrack, which perfectly complements the aforementioned vistas to create a most mesmerizing wintry atmosphere. 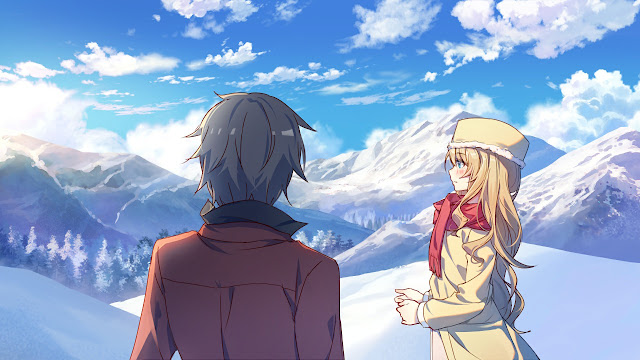 Still, I cannot recommend LotH at all, even to the most hardcore VN aficionado. It would feel like daylight robbery even if it were free — let alone with an outrageous 5,99 euros price tag. Shovelware is strong with the Nintendo eShop indeed; and I’ll roam those uncharted territories with great vigilance from now on. I’ll see you soon with more gaming goodness, dear fellow gamers; until then, keep playing and take care!