162 hours, 24 minutes and 44 seconds. I was right when I said last that there was not much left to do and that the end of my run was nigh. After having maxed out all my Rare Blades' affinity charts, I went back to the story and quickly found myself facing the last boss. It turned out that my crew towered a good 30 levels over said last boss, which made that ultimate showdown a complete cinch of a fight. I was a trifle disappointed by that easy victory, so I tried again in Normal Mode; that didn't make the fight any harder, just considerably longer. I'm glad I played the whole game in Easy Mode and saved myself copious amounts of fighting; had I played in Normal, I would probably still be stuck in Mor Ardain. 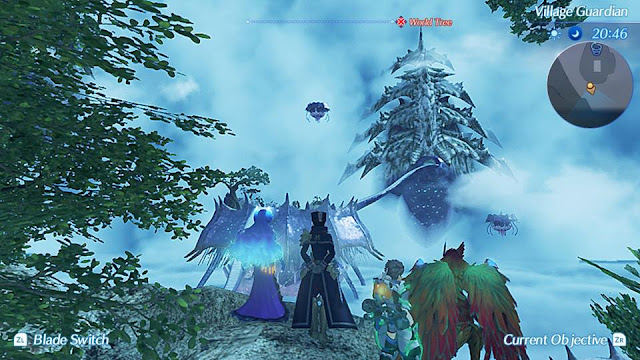 That being said, I'm a bit saddened by this abrupt ending; because the truth is that I wanted to play more. I wanted to fulfill more sidequests, grind more Rare Blades, explore more dungeons and areas, kill more Unique Monsters. Of course, I could still tackle a New Game +, which comes with heaps of benefits and lets you carry over pretty much everything you've gained over the course of your first run; but with the game being still so incredibly fresh in my mind, I just don't feel like restarting right now — all the less so as I already restarted the game a couple of weeks ago. So I'll just leave it at that for the time being, and carefully preserve my save file for a future playthrough on steroids. 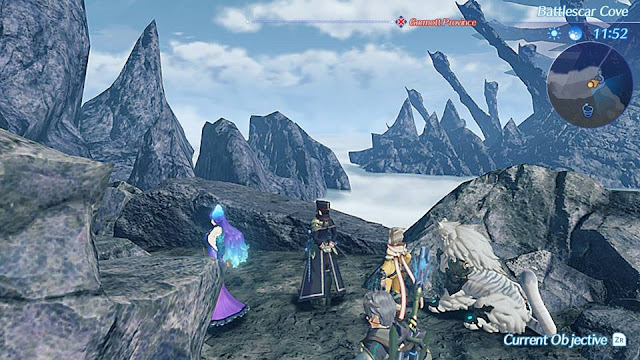 My, what a fine playthrough this was. I love everything about that game, from the thrilling fighting system to the enchanting atmosphere, without forgetting the sidequests, Rare Blade management and dungeon crawling. I only have three real beefs with XC2, and I'll mention them quickly for fairness' sake: 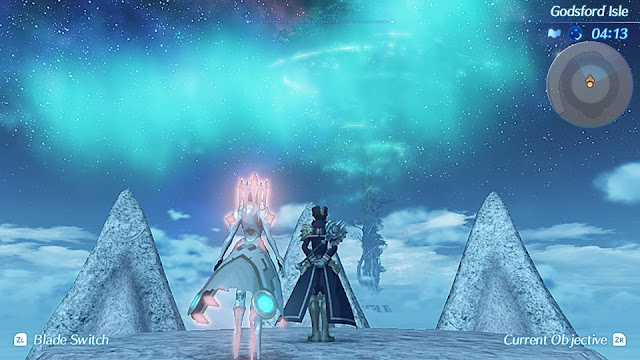 But make no mistake, dear fellow gamers: XC2's pros largely outweight its cons in my book. I could rave on endlessly about the things I love in that gem of a game: the icy, etheral landscape of Tantal and its high-level monsters that only appear when the land is shrouded in fog, the auroras in Leftheria, the dusty grittiness of Mor Ardain, the way huge weapons feel genuinely heavy when your MC swings them, the flexibility of the fighting system that lets you mix and match fighting options and play it your way (I was all about Driver Combos during my first run, and rolled solely with Blade Combos during my second run), the highly adjustable difficulty level, my sidekicks' stellar intelligence in battle (my jaw dropped when I first realized that they could switch Blades on their own — I didn't even think that was possible!), the mouth-watering names of all the food on offer, the mellow vibe at night, the fact that I could fight the last boss with Morag instead of Rex — and many, many more things. It's safe to assume that I'll replay XC2 at some point, all the more so as my Switch library is shaping up to be quite tiny indeed. Thanks for reading, and be my guest anytime!
Posted by Isleif at 19:07