Jeez, has it already been twelve days since my last post? Oh, how time flies. I'm both super-duper busy and really tired these days, a combination that's hardly conducive to long and productive gaming sessions. At times like these, I would normally take it easy and fall back on Visual Novels; but alas, I have none to play these days. I'm so desperate for a VN that I tried playing Hakuoki: Demon of the Fleeting Blossom on the PSP, despite the fact that my first brush with the series on the Vita ended up with an aborted playthrough after mere minutes of play. There was no miracle this time around either: I gave up after an excruciating hour of plodding through what was probably the most boring dialogue I've ever endured in an otome. I kid you not: that game totally sucked my life energy. Then I tried Muv-Luv, despite knowing a good portion of the plot; but the ugly character design and dumb immature dialogue were too much to bear, and I gave up. I'll try it later, I promise; but right now, this is definitely not what I need. Replaying old VNs is out of the question, because I remember all of them way too well; and I simply don't have enough mental energy to dive into Point and Clicks à la Danganronpa or 999. 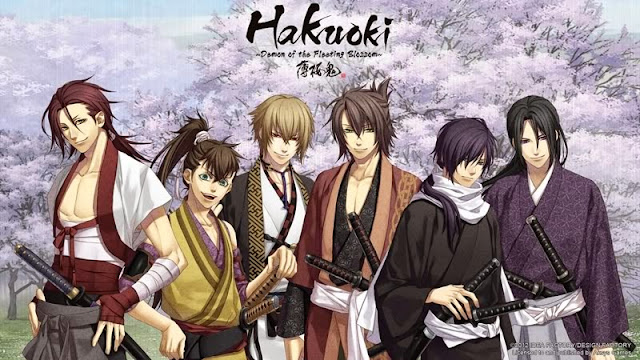 So here I am, stuck in virtual (non)gaming limbo, in a period where I'm making drastic changes to my life. What better time, then, to take stock of my gaming accomplishments and ponder what direction I want to sail towards in the next years? None, indeed! Gaming per se will undoubtedly follow me wherever I go, so there's nothing to ponder there; collecting, on the other hand... Now that's a whole other can of worms.

Let's face it: I've grown increasingly bored of collecting in the past two years. My Collector's Delight and Coveted Games posts have gotten scarcer and scarcer until disappearing entirely, along with my purchases of collector treats such as Special Editions. Collecting, which used to be an immense source of joy, has slowly but surely turned into a chore of sorts. My current dissatisfaction with all things collecting stems from two main reasons: 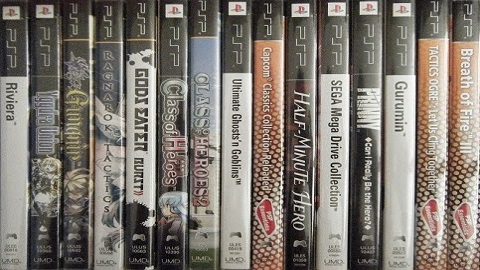 In a nutshell: I've become blasé about the useless fluff that surrounds game cartridges. I was always in for the gameplay, for the games themselves; and I bought them physical first and foremost for the sake of perennity. Whatever pleasure I derived from satellite elements such as booklets and box art is long gone, and there's no telling if it will ever come back. And thus I've taken a momentous decision: I'm going to throw away all boxes and booklets, and hold solely onto cartridges and UMDs.

Rest assured, dear fellow gamers, that this is by no means a rash and sudden decision. In fact, I've been pondering that move for months now. I want to simplify things, to go back to the sheer pleasure of the gameplay experience, without any interference. And I already have a preview of what a cartridge-only collection might feel like, which is none other than my GBA/Game Boy library. That library is solely composed of bare cartridges without the slightest trace of a booklet or an original box; and yet, I love and enjoy those games no less than my boxed ones. I'm ready for that major step, and I'm gonna take it, one game at a time. 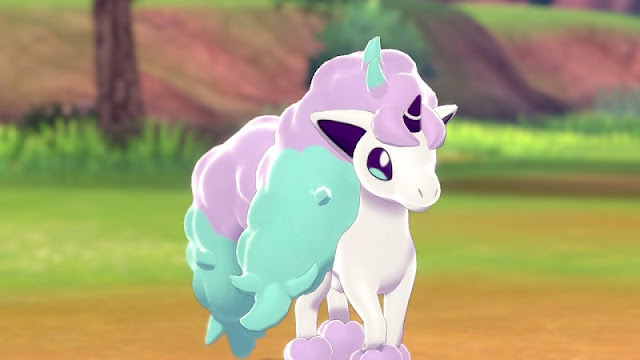 Then, there's the matter of the Switch Lite and Pokemon Sword&Shield. I'm getting seriously hyped up about those games — there, I said it. A limited Pokedex was never an issue for the serial Pokemon solo runner I am, and I totally dig the idea of a Pokemon region inspired by England. And then you have Galar Ponyta, who's tugging at my heartstrings like crazy. See, I'm kind of a closeted Brony: I owned a couple of Little Ponies as a kid and have the fondest memories of crafting all sorts of adventurous stories around them. And Galar Ponyta looks insanely like a '90s Little Pony, which triggers all sorts of nostalgia attacks in me. I want to run solo with him! I have to!

And since I'm mentioning Pokemon solo runs, I'm currently wrapping up one of these — because when you're low on gaming juice and want to play something low-maintenance, Pokemon is the next best thing to a VN indeed. I'll see you soon for the inevitable run report, dear fellow gamers!
Posted by Isleif at 13:34 6 comments:


This time, I'm done for good! And with hindsight, I might as well have abstained from going all the way to the final boss. Sure, crawling the last labyrinth was oddles of fun, especially after I snatched those SP and HP replenishing skills I mentioned in my last post; however, the final showdown was a major pain in the arse that left me with a sour taste in the mouth. Being forced to polish off a preliminary boss rush before I could even engage the final boss was already galling enough; but that was nothing compared to the final boss itself, which was such a massive overpowered HP bag it was not even funny. With the Safety setting firmly in place, that ultimate fight was a mere battle of attrition as far as I was concerned; but being able to rise from the dead after my whole party was slaughtered — which happened twice during the fight — didn't make the whole thing less unpleasant. That fight was a bore and a chore, with battle animations lasting forever and no strategic challenge apart from trying to wrap up the fight in less than one hour. Not that I would have wanted to change the difficulty setting to make things more challenging, mind you: that boss is so utterly OP that I cannot even begin to fathom how to beat it on regular difficulty — nor do I ever want to try. But let's see the positive side of things: I now have a Clear Game save that will grant me New Game + benefits if I play PQ2 again! And before I part with that game, let's go for a good ol' Pros&Cons list, shall we? 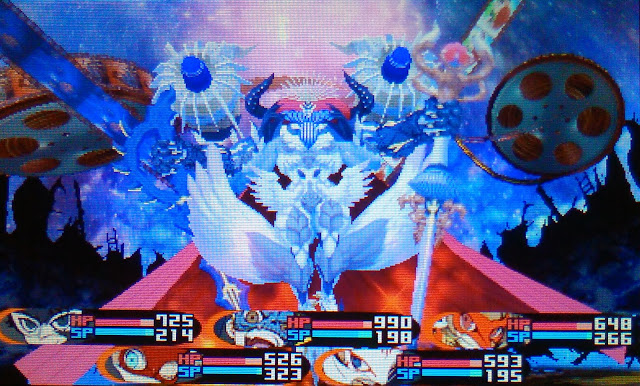 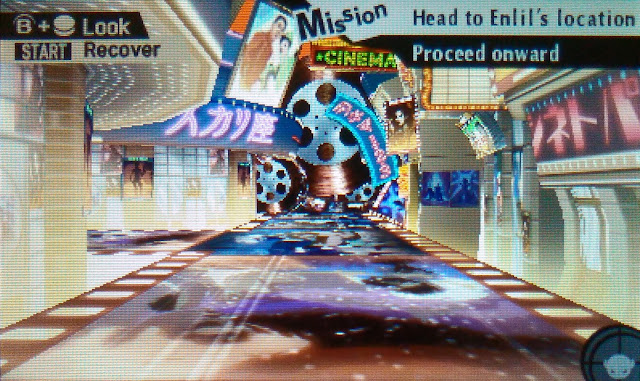 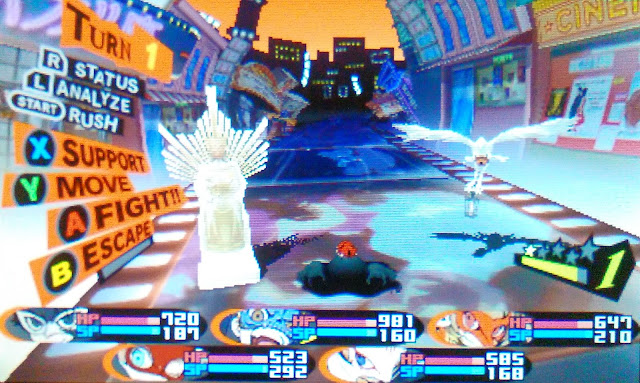 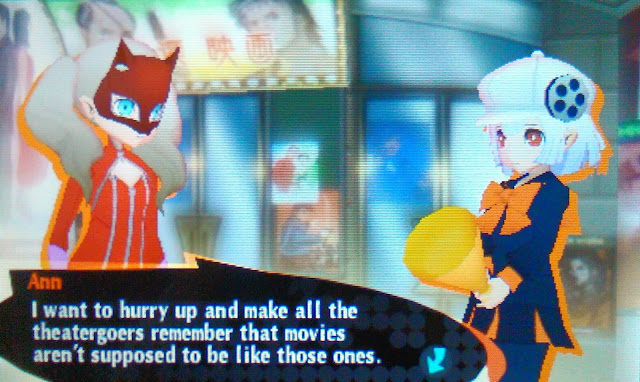 All in all, it was a darn good game. It made me want to play both the canon Persona series and some genuine FPDC — the kind that leaves you alone with (and in) the dungeons, with no interruption, handholding or cutscenes whatsoever. Should I play one of the two right now? My gaming instinct will run the show, as always!
Posted by Isleif at 20:38 3 comments: