Merry Christmas, dear fellow gamers! I hope you’re enjoying delightful moments with your loved ones and gorging on delicious food. My own Christmas 2020 is very special, as it marks the 30th Anniversary of my first genuine foray into gaming. Three decades of gaming, folks! This is a highly meaningful milestone indeed, and I decided to celebrate it by looking back on my whole gaming career. Make yourselves comfortable and bring the popcorn, dear fellow gamers: this is the epic, convoluted and ultimately happy-ending story of my very own gaming journey.

Let's set the scene: back in late 1990, I was nine years old, and video games were not a fixture in my life by any stretch of the imagination. Sure, I wasn't a complete video game virgin either: I had owned two Games&Watches already, as well as dabbled in a Space Invaders clone on my father's Macintosh 128 K; but this was nothing compared to the storm that was about to descend on my young life.

That storm was unleashed by none other than my neighbour: that insanely lucky kid had gotten a brand-new Game Boy upon release, and immediately proceeded to show it (off) to the whole neighbourhood. My sister and I were instantly mesmerized; we just couldn't take our eyes off that Game Boy's screen, even though said screen only had primitive early GB titles such as Tetris and Prince of Persia to boast. The next step was obvious enough: to run to our parents and beg for Game Boys as Christmas gifts. Upon seeing the price of the thing, my father was not exactly enthusiastic; however, we were so adamant that he finally relented — under the strict condition that we would participate by investing whatever pocket money we had in our piggy banks into that new toy. We gladly accepted; and three months later, we had our shiny new Game Boys — one for each of us. Oh, the joy! 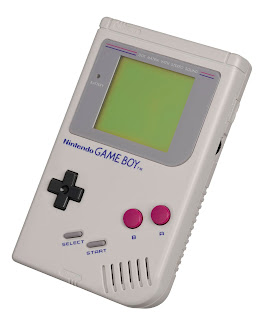 I had no intention to stay long on a Tetris diet; and so, I proceeded to expand my game library as soon as I had enough pocket money saved. One single GB game amounted to five months of allowance; needless to say, careful choice was required if I didn’t want to be stuck with a turd for months on end. A fateful visit to the local toy shop later, I was the proud owner of Super Mario Land; that was the beginning of both my collecting career and a couple of months of torturous play, which I already retraced here. An expansion of my collection was required; after another couple of months and diligent savings, my budding collection boasted Bugs Bunny Crazy Castle and Ducktales, which quickly became little darlings of mine.

Then came the ultimate cult classic Link’s Awakening, which gave me my first intense emotions as a gamer; Kirby’s Dream Land, which I borrowed from a schoolmate and loved so much that I ended up purchasing it; Tom&Jerry, which my cousin gave me because he hated it; Mr Nutz, a European GB classic that temporarily reconciled me with Platformers; Star Wars, which was tough as nails and an overall disappointment to the Star Wars fan I was; and a couple of others borrowed here and there. I would have owned many more titles if I could have; alas, I was limited by both a lack of personal funds and a lack of purchasing options in my little town. I remember dreaming that I went to the local toy shop, only to find all current games but the one I wanted to purchase — jeez, I was kinda obsessed, wasn’t I?

Those GB years were amazing indeed. But gamers, especially young ones, are fickle creatures; and after five years of an exclusive GB diet, I was eager to try new systems — preferably new systems boasting non-monochrome screens. A tepid experience with a turd named Titus the Fox was the last straw that prompted me to ditch my GB for good; and after selling it to a schoolmate, I was ready to move on to the next stage of my gaming career. 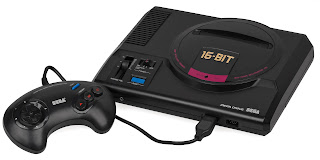 Not only did I move from spinach-green non-lit screens to full-colour backlit ones, but I also changed sides in the ‘90s console wars by moving on to Sega machines. I started with the Game Gear, which nobody wanted anymore in 1996; games were dirt cheap as a result, and I could splurge on brand-new cartridges and build up a nice little collection. Sonic, the Lion King, Ecco the Dolphin, Tail’s Adventure, Ristar, Land of Illusion, The Excellent Dizzy Collection, Sonic Triple Trouble, Sonic Drift Racing: I got them all, and I could have gotten even more if not for the Game Gear being discontinued in 1997. As Game Gear games disappeared from shops seemingly overnight, I used the opportunity to move on to home consoles by purchasing a second-hand Megadrive in a local pawn shop. I had tried and tested the thing already by indulging in Streets of Rage and Sonic sessions at my neighbour’s place — obviously, those were the first games I purchased for my lovely Megadrive.

I didn’t know it at the time, but that Megadrive would be the only home console I’d ever own. But boy, did it leave a deep imprint indeed: I spent hours toiling on the Ecco games, I polished off Landstalker a million times, I kicked hundreds of arses in Streets of Rage in co-op with my sister; and last but not least, I became a Sonic whore like never before. Oh, those lovely winter afternoons playing Sonic 3&Knuckles with my sister expertly handling Tails!

Alas, my Sega days were bound to end in a bittersweet and anticlimactic way. As the millennium was drawing to a close, I stored my Megadrive and Game Gear under my bed right before the holidays, thinking they would be safe there. Little did I know that a pipe would explode in the family home during those fateful holidays, drowning the whole place in 20 cm of water and destroying my precious consoles.

Another entirely different phase would take place after that; I’ll tell you all about it, and more, in the second half of my gaming epopee. Until then, dear fellow gamers, keep playing and take care!