This Kemco offering was the first game I tackled after the reasons for my recent tiredness were uprooted. It’s a sweet and simple game, and it’s a straightforward grinding fest — exactly what I needed at the time. 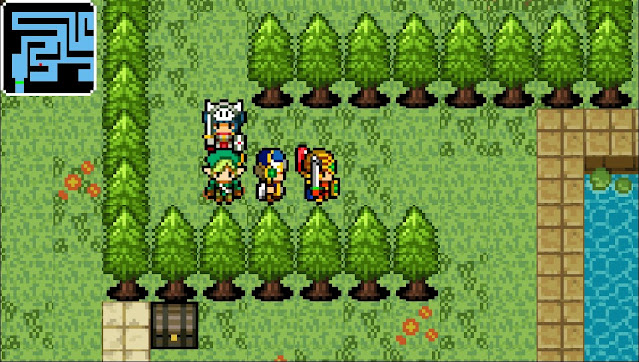 The ties with Dragon Quest should appear immediately to any RPG veteran. From the MC’s horned helmet to the graphical style, which faithfully emulates DQ’s first Famicom entry, without forgetting the story that has you vanquish an uber-powerful dragon, everything screams Dragon Quest. But for me, the most blatant and deliciously nostalgic tie lay in the class system, which conjured sweet memories of my DQIX solo run. 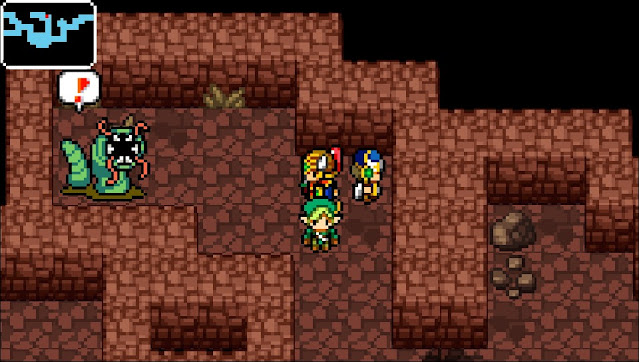 If you remember well, I mastered all classes during the 200-or-so hours of that run; and lo and behold, Dragon Sinker gives you the possibility to do just that — only in a much, much shorter time. The game offers 16 classes tied to 16 secondary characters on top of the MCs’ three exclusive classes; and these 16 classes can be mastered by all 16 characters. One can immediately see the potential for bottomless grindiness here — and how totally apropos this game's name is. You can obviously stick to the basics by having each character keep their respective class and leave it at that; but you can also go crazy completionist and have each character master each class. Factor in the tweakable difficulty level, and you can get the most insane grindy epopee of them all. 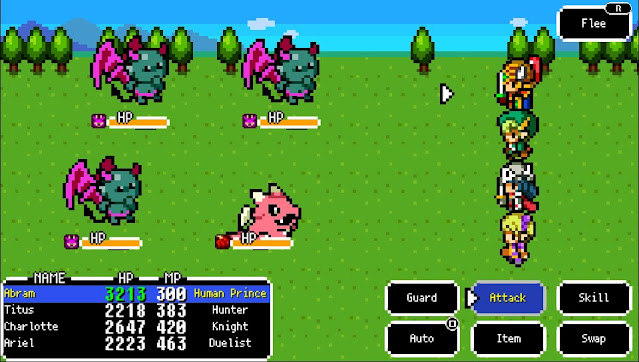 As for me, I went with the former option in Easy Mode. Mastering all 16+3 classes took roughly 17 hours, and I reaped a mighty bunch of Class Scrolls as a reward for my efforts. Class Scrolls are nifty little items that allow you to teach a class’ passive ability to any character; as I had rolled with MC Abram for the whole game, it felt natural to use them all on him. That turned him into a powerhouse — and final boss Wyrmvarg into a total pushover: it took the grand total of one turn to obliterate its first form, and two turns to send its second form packing. That might have been a bit too easy; on the other hand, I was tired at the time, so that was probably the final showdown I needed. 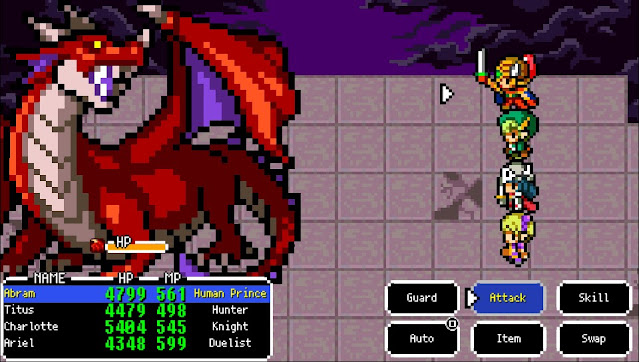 Long story short: Dragon Sinker is a sweet grindy treat that you should totally play if you’re a sucker for all things 8-bit RPG and class systems. I’ll see you soon with more gaming goodness, dear fellow gamers; take care, and Merry Christmas to you all!

Hullo again, dear fellow gamers! Hope you’re doing fine, as Christmas is inching closer. As for me, I’m feeling better now. Turned out that I wasn’t just being tired: I was actually suffering from a bout of burnout-ish depression, caused by a nasty combination of too much pressure and too little pleasure over 2021. That was a nasty b*tch of a year for me; and as I’m getting better by the day, I fervently hope that 2022 will be kinder.

Anyway, I was ordered by my doctor to perform pleasant activities on a daily basis, as part of my recovery process. To keep gaming was a no-brainer in such circumstances, and I did. It was hard at first, as I got tired really quickly; but I soldiered on, and managed to clear three runs in the last six weeks. I’m gonna post run reports in the next days/weeks, as I keep gaming on a daily basis. I’m still a bit too weak to tackle the New Classics phase right now; but it will most certainly be a thing in 2022. Stay tuned! ^^