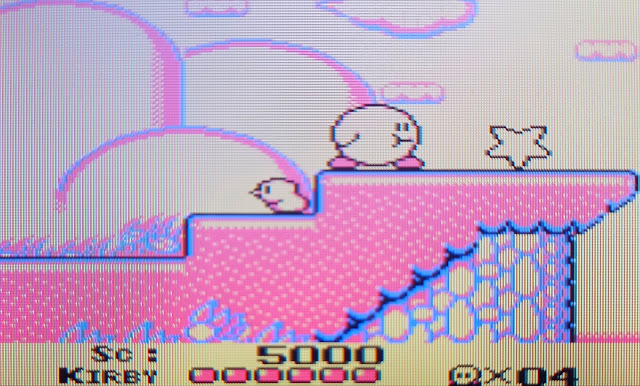 I’m in the mood for shorter playing spells now, which squares perfectly with the New Classics project. However, I have to admit that I kinda miss the feeling of completion; and no matter how you slice it, playing the early stages of a game for two hours just cannot provide that feeling. And so, I turned to some oldies goldies to get myself some of that sweet fulfilment only the rolling of credits can provide. First in line is Kirby’s Dream Land, the original Game Boy entry and kickstarter of the whole series. I chose the pastel colour palette on my GBA to honour Kirby’s original Japanese design, and I dove into that cult classic of my teenage years with gusto. 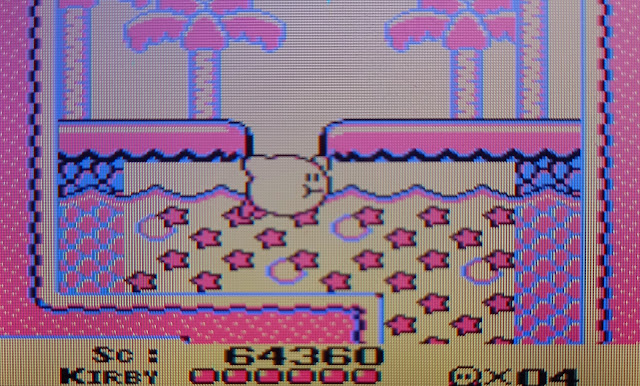 I hadn’t played KDL for a serious number of years; yet it was just as heart-warming, mellow and pleasant as in my memories. It was easy back in the days, when I spent a whole spring playing it in a loop at the tender age of fourteen; and it only got easier as 26 years and dozens of games went by. Yet sometimes, easy is just what you need; you may even need easy and short, which is exactly what KDL provides. In its basic form, anyway; there is still the so-called ‘Extra Game’, which can be accessed by pressing Down, A and Start on the title screen after finishing the game once. It’s a less forgiving version of KDL sporting extra foes with trickier attack patterns, harder bosses and more traps; I tried it, and got my butt severely kicked in the first level. I’ll probably tackle that mode one day — but not today. Not in the mood for challenge, baby! 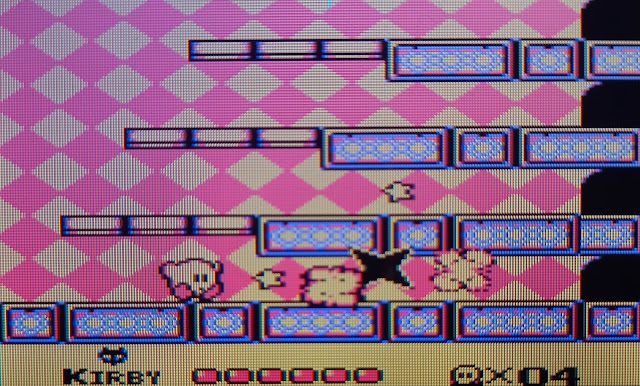 Fun fact, by the way: back in the days, I never managed to launch the Extra game. I didn’t understand you had to perform the button combination on the title screen, upon starting a new run. I always did it on the screen that informs you of said button combination; and obviously, nothing happened. Ah, to be older and wiser! Another thing I discovered by complete happenstance is the configuration mode, which can be accessed by pressing Down, A and Select on the title screen. That mode allows you to tinker with Kirby’s HP bar and number of lives, and to listen to the game’s soundtrack through a sound test. A sound test… Gosh, this is so ’90s it hurts. 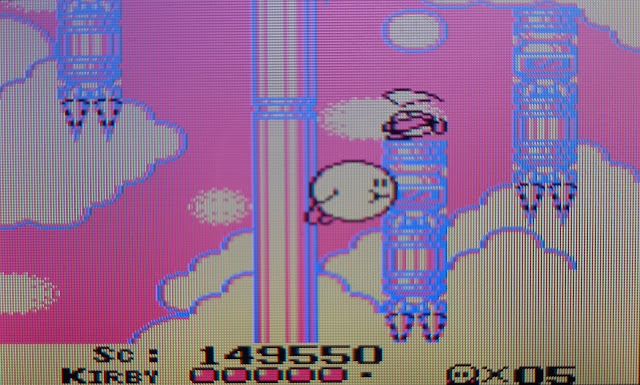 Another thing that is very ‘90s is the scoring obsession. I had forgotten how important score was in that era; the legacy of the arcade was still alive and well in the console world, and every single Platformer sported a dedicated ‘score’ line in the player interface, somewhere between the HP bar and the stage count. (I’m speaking figuratively here: in terms of actual position, the score line usually stood proudly on the top of the interface.) Every single action inflated your score: disposing of foes, picking up items, destroying breakables, polishing of a level in record time, you name it — and you reaped those sweet points. KDL sticks to that trope to a T, and I remember very well going out of my way to gobble every single foe and hindering block and collect every item back in the days. However, now that the scoring obsession has deserted both games and gamers’ collective psyche, that way of playing is losing its appeal. Most of the foes in KDL can be avoided, most of the items can be ignored, and most block can be left intact; it’s nearly like the level design was created as an incentive to high scoring rather than as a challenge. 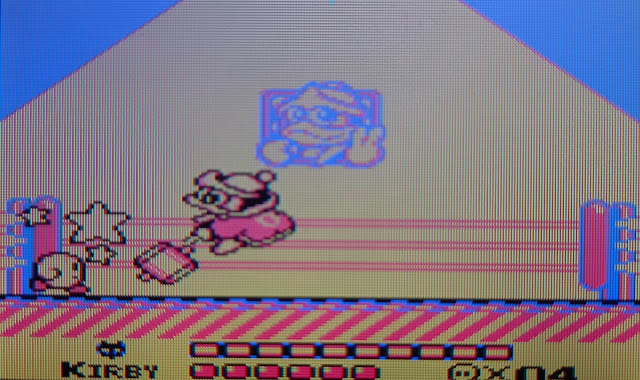 Other things didn’t age gracefully in KDL. The power-ups are laughingly useless, and the boss rush is kinda pointless: the game is so short and easy that fighting all bosses again right before the final showdown delivers no sense of increased power and mastery — not to mention that you’ll probably be done beating these bosses a couple of minutes ago already. And talking about the final showdown, it’s a bit of a let-down as well. King Dedede could as well have been called ‘King RNG’; depending on how his attack patterns unfold, the fight can be over swiftly or drag on endlessly. It’s more a matter of luck than skill, and it’s boring. To this day, I still don’t manage to manipulate Dedede’s behaviour reliably enough to make consistent use of the ‘hammer strike’ stars; if somebody knows a trick, I’d be more than glad to learn it. That final fight’s only saving grace is the kickass music, which is simply one of the most epic boss battle themes I’ve encountered in my gaming career. 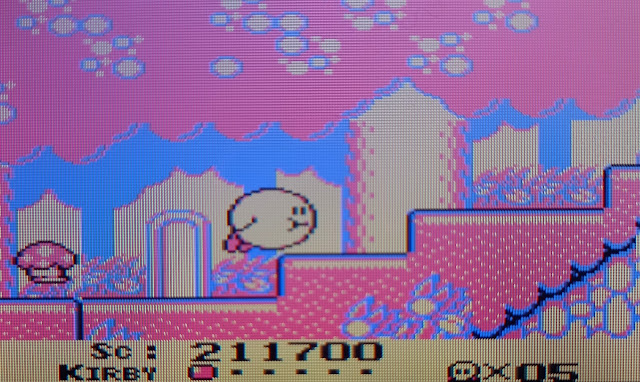 All in all, I still love that game despite its flaws. I dig the razor-sharp, perfectly reliable physics; I love the splendid graphics and soundtrack that make the most of the Game Boy’s capacities; and last but not least, I adore the lovely atmosphere and the comfortable easiness. KDL is one of a precious few Platformers I enjoy and can replay without ever getting bored, and I’ll keep cherishing it — needless to say, this is a Cult Classic of mine. I’ll see you soon with more gaming goodness, new or old; take care, dear fellow gamers! 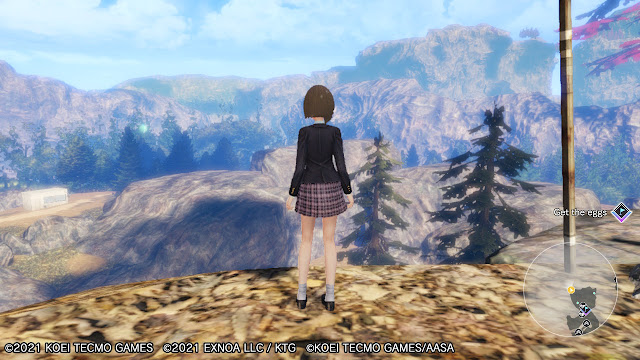 The Backstory: Back in 2017, Koei Tecmo’s decision to leave the Vita version of Blue Reflection in Japan left me seriously salty. I purchased a Japanese copy that got lost in the mail, which I took as a sign that BR and I were not meant together. So, imagine my joy and surprise upon discovering that the Switch sequel would grace our shores! I can at long last get myself some Blue Reflection, after five long years spent pining for the original. Good things come to those who wait, indeed! The Game: You know I’m a total sucker for atmosphere in games, especially when said atmosphere happens to be dreamlike; and boy oh boy, does BRSL has dreamy atmosphere in spades. The crystalline colours, the delicate character design and the ethereal soundtrack went straight to my gamer’s heart and bore a serious hole there — heck, a bit of my soul is still lingering in the game. Do you know what else went straight to my gamer’s heart? The skippable cutscenes. (Insert eyes teary with happiness.) Not to say that the story doesn’t sound interesting, because it actually does; but it’s such a relief to know that I can dispense with it and focus on exploration and combat if I fancy it. Now of course, this is exactly what I did during my two-hour session: the story could wait, but the gameplay couldn’t. Speaking of which… 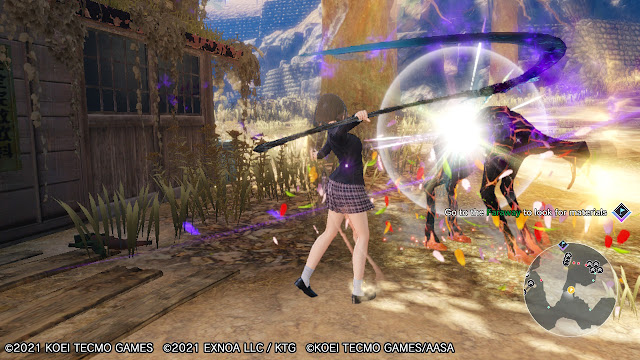 Side quests, relationship building, farming and crafting, exploration: BRSL boasts all the trappings of a decent RPG. But that alone wouldn’t have been enough to make me fall in love with that game: the key point was combat. It took me a while to wrap my head around the fighting system, because it doesn’t really play like anything else I’m familiar with — and the million tutorials left me more confused than enlightened. In a nutshell: it’s an ATB system that gives you a button prompt when a character can act; upon hitting said button, time is suspended while you choose your action. As far as I’m concerned, this is totally the best of two worlds, as it mixes the thrill of real-time combat and the deliberation of turn-based combat. Even better: since action itself is suspended when you nail a button prompt, this means that you often end up with the whole team doing their thing at once, making for a glorious and exhilarating flurry of on-screen activity. 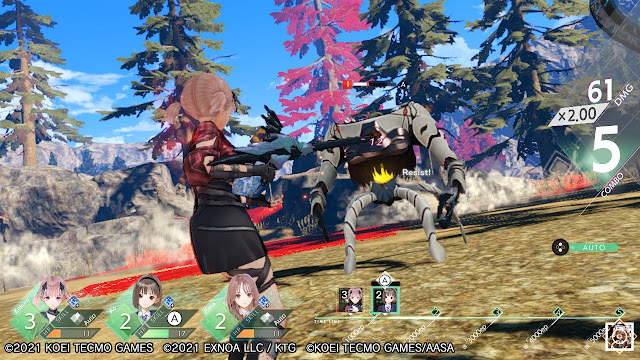 As far as battle systems are concerned, tweakable difficulty level is a must, and sweeping camera moves are a plus; and wouldn’t you know, BRSL’s battle system has both. What a fighting system doesn’t really need are transformations; but gosh, is it lovely to have them! From Mega-Evolution in Pokemon to Hard Drive Divinity in Hyperdimension Neptunia, in-combat metamorphoses never fail to delight me. BRSL’s brand of magical girl-ism is made even better by the fact that you don’t trigger it yourself; it happens upon fulfilling certain conditions, which makes it both a surprise and a reward. (No, I absolutely didn’t squeal in delight when I witnessed my very first transformation.) And then you have wonderful details, such as the fact that Rena’s skills have French names and Ao’s skills have Icelandic/Old Norse names; being a French-born gamer who dwelt many years in Iceland, this was bound to please me. 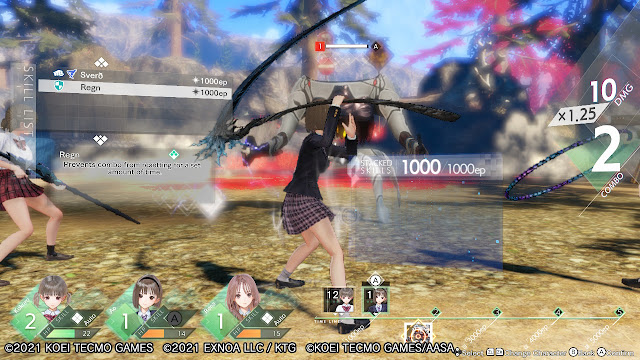 The Verdict: Blue Reflection: Second Light gives me plenty of feels already. Add to this the (still untouched) story and the relationship building, which many reviewers describe as the game’s best assets, and you totally have a game with cult classic potential. No surprise there, that unhoped-for sequel is totally here to stay! 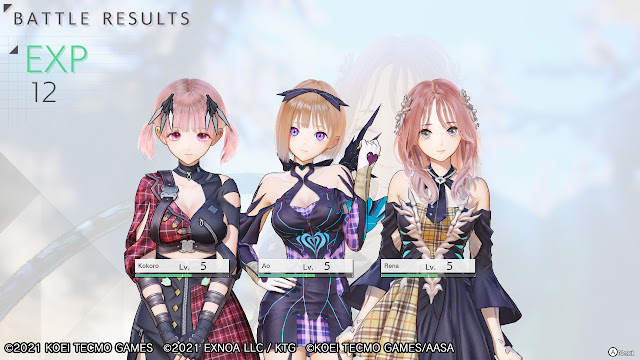