About delays and comfort games

Hullo, dear fellow gamers! Hope you're doing mighty fine, and enjoying whatever you fancy doing. As for me, I’m not too frisky these days, alas. Long story short, I’m exhausted and grumpy after a rough IRL patch. I was planning to start the New Classics phase already, but I have to face the harsh truth: I’m in no condition to do that right now. Yet I need to game, because it provides me with some much-needed pleasure and escapism during these tedious times. And so, I will fall back upon the games that always carry me through such periods: simple grindy RPGs, visual novels and tried-and-tested cult classics of mine. I’ll be back soon with run reports, dear fellow gamers; until then, take care and keep doing your thing! 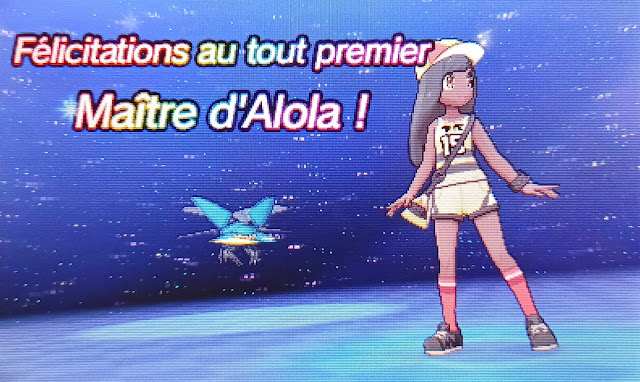 I tackled that run with a single purpose: to pave the way for future trade-related Breeding in my dedicated Ultra Sun cartridge. Of course, this was also a perfect opportunity to discover a kickass Gen VII ‘Mon — preferably an early one. Lucky me, Grubbin was ready for the recruiting on Route 1! A Bug ‘Mon with a three-stage evolution and a never-played-before Type: what was not to love, seriously? The Vikavolt line turned out to be one of the most interesting Bug lines ever created since the dawn of the series. It’s not just the creature’s double Bug-Electric Type, mind you; it’s also its ridiculously huge learnset and its ever-changing Stat distribution, which made for constant surprises and delights. 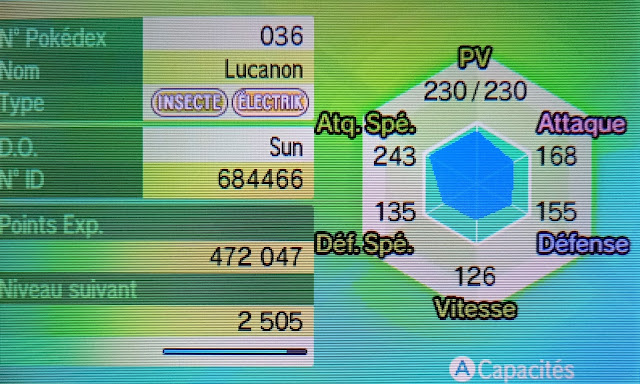 First, them Stats. The Vikavolt line boasts highly unusual Stats for a Bug ‘Mon, but also overall. It starts with well-rounded Stats as Grubbin, then drops Speed in favour of high defensive Stats and sky-high Attack as it evolves into Charjabug. Stellar Attack for a mid-evolution Bug ‘Mon is already unusual enough, but there’s more: upon evolving into Vikavolt, Charjabug gets a complete reversal of its offensive Stats. Its Attack plummets and crashes, while its Sp. Attack goes through the roof and beyond. This means two things: first, the Vikavolt line rocks at one-shooting (and I totally made the most of it); second, a drastic Move pool overhaul had to be planned as my Foudre crossed the ultimate evolution stage. Which leads me to… 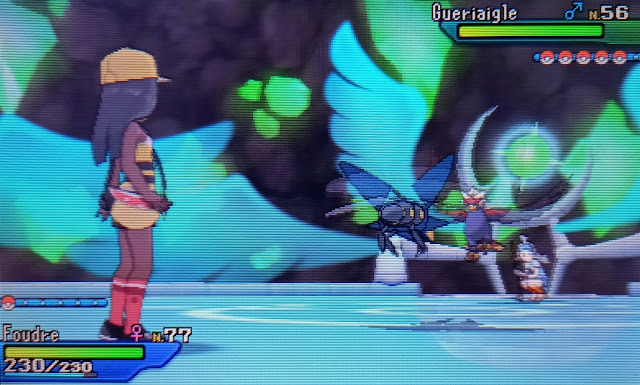 Second, them Moves! The plan was simple: to go all Physical with Grubbin and Charjabug, and all Special with Vikavolt. It was easy enough to pull off at first, and Foudre boasted two perfect sets of Physical Moves: Spark, Bug Bite, Bite and Vice Grip as a Grubbin, and Spark, X-Scissors, Crunch and Acrobatics as a Charjabug. A super-heavy Bug ‘Mon wielding a Flying Move — let that sink in. Pokemon logics for the win! Anyway, things became hairy as soon as Foudre became a Vikavolt. She learnt Thunderbolt upon evolving, which was neat enough; but I had to sweat to put together the rest of my 100% Special Move Pool, let me tell you that. I had to scour Alola to get my paws on Flash Cannon, Energy Ball and a Ground-Type Hidden Power; but the worst offender by far was bloody Bug Buzz. I obviously wanted a Bug Move, because STAB; and it so happens that Bug Buzz is part of Vikavolt’s levelling-up learnset. But wait, there’s a catch: Vikavolt learns Bug Buzz at lv. 31. Foudre was beyond that level when she evolved; and so, a Move Reminder intervention was mandatory to gain access to that Move. Do you know where the Alolan MR is? At the Pokemon centre of the game right before the bloody Elite Four, that’s where. (Insert murderous eyes) But hey; better late than never, right? 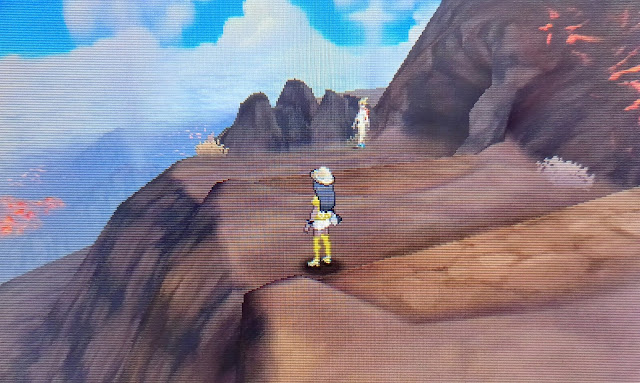 Anyway, it’s not like those Move diversions prevented my Foudre from one-shooting every living thing. I’ll say it: the Vikavolt line is one of the most badass Bug lines ever created. It starts off strong, and only gets stronger with time and evolutions. Interestingly enough, I still had a couple of tough-as-nails fights — most notably the Fire Trial and the showdown against bloody Necrozma, which required grinding and a hefty dose of strategizing and luck. Look, I said it before, and I’ll say it again: Gen VII is savage. It’s slow, it’s hard, and it’s borderline unfair when it pits your team leader against two ‘Mons in Trials. I deem it the hardest Gen out there, period. 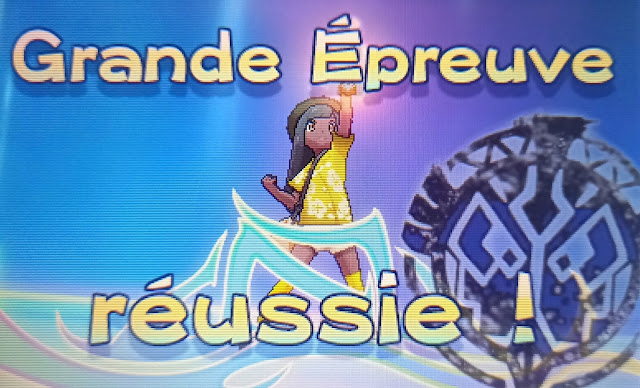 Playing UltraSun after my recent discovery of Gen VIII made me realize how much of a transitional game the former is. With its morally ambiguous story and its villain team that’s not really a villain team after all, Gen VII’s last entry is very much a harbinger of Sw&Sh. Another instance of Gen VIII foreshadowing is Ultra Sun’s sluggish pace, which I could very much have done without — all the more so as unlike Sw&Sh, US doesn’t include uber-fast candy-based levelling-up. 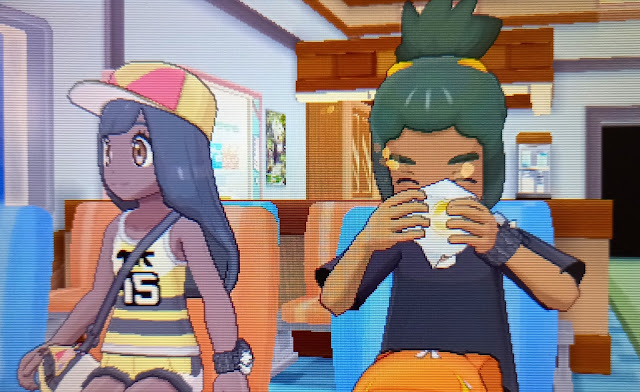 With that said, my current Pokemon adventures come to an end, dear fellow gamers. I’ll dive into the series soon enough, though: the Gen IV remixes are on their merry way, and I’ve not touched that Gen for a whopping two years. I’ll gladly mop the floor with you again, Barry! See ya soon with more gaming goodness, dear fellow gamers, and take care! 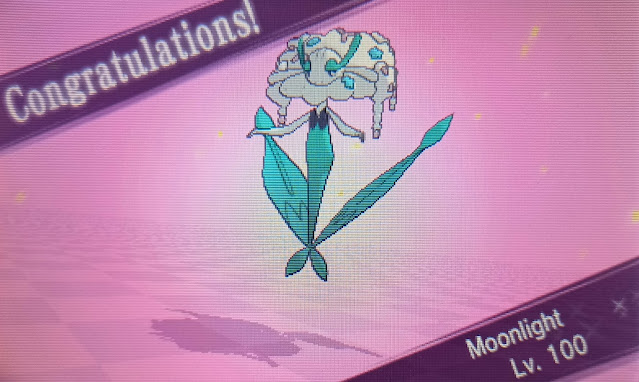 This run has been a long time coming, ooh yes precious. I’ve wanted to cruise with that most delicate of Fairy ‘Mons since my very first run of X&Y; yet mysteriously, I never managed to do so — until now. I wanted to cruise with a White Flower Florges for fickle reasons understood only by my gaming instinct; this meant that I had to recruit a white Flabébé after the first Gym. Given its 1% appearance rate, I feared I would spend one hour running around before getting a glimpse of the creature — cue my Skitty run of Sapphire; but low and behold, a white Flabébé was kind enough to appear and join the crew after a mere five encounters. 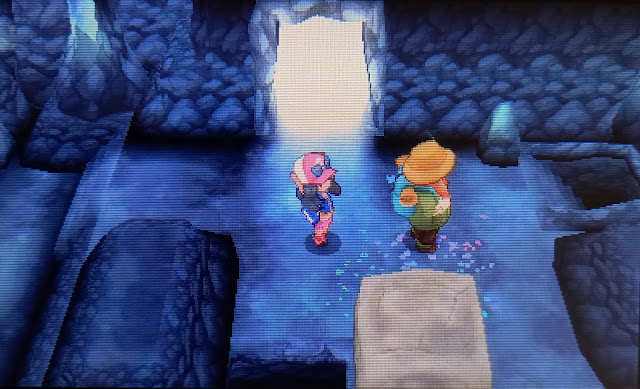 My pretty Moonlight boasted a Bashful Nature, which allowed me to experience the purest version of Florges. And well, that purest version didn’t exactly dazzle me at first. The thing is, both Flabébé and Floette are painfully weak and fragile, making them very much unfit for a solo setting and forcing me to have healing items at hand at all times. Not only that, but their learnset sucks: Disarming Voice, Fairy Wind, Razor Leaf, Magical Leaf and Vine Whip don’t amount to much in the hands of Flabébé and Floette, let me tell you. And pray tell, why on earth does a Fairy ‘Mon know so many Grass Moves? Heck, the Florges line actually learn more Grass Moves than Fairy Moves while being pure Fairy — which means no STAB, which sucks. If I wanted to wield a crap ton of Grass Moves, I’d cruise with a Grass ‘Mon, thank you very much. 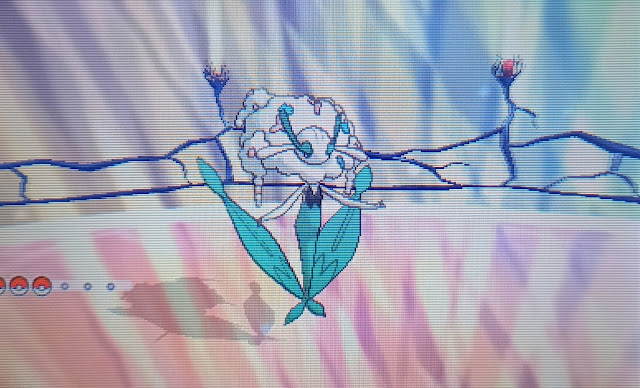 Anyway; I needed a killer Move pool for the late stages, and I proceeded to assemble it as soon as I could. A visit to the Move reminder allowed me to learn Moonblast, and I got my paws on Energy Ball and Psychic right before and after the 8th Gym. Very late indeed; but still better than never, and right on time for the ultimate showdown. With Florges being much stronger than its pre-evos, things went pretty smoothly, with only the Steel arena requiring a bunch of Battle Items to be conquered. 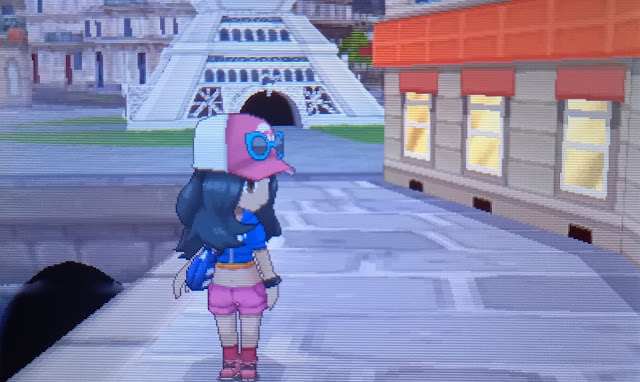 Long story short: the Florges line is kinda mismatched, and takes an awful lot of time to reveal its full potential; but that the end of the day — and the run — it’s still perfectly decent solo run material. My revisitation of X&Y is over for now; but not my Pokemon endeavours, as I still have to unveil my ultimate run report of the summer. Until then, take care, dear fellow gamers!