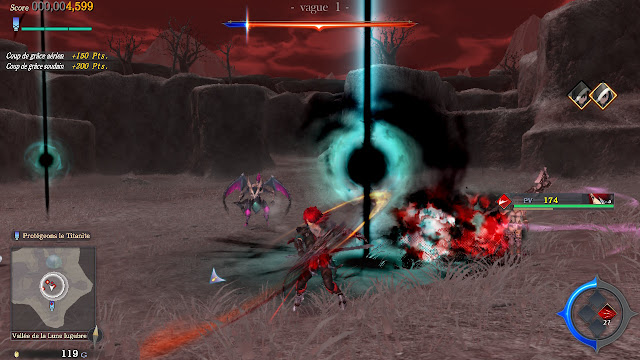 The Backstory: The Ys series has been running for a staggering 35 years, on more platforms than you can count. Although they’ve always been ARPGs, the formula has been tweaked over time — you’d be hard-pressed to find anything close to the good old ‘bump attack’ system in recent entries. On the other hand, mysterious and demure Adol Christin is still there — although he’s getting more talkative as games go by. Anyway, we’re in for a major stretch, as the last (and only) Ys entries I played are the 7th generation remakes of the first two episodes. Will the gameplay change be too much to bear, or will I slide effortlessly into modern Ys? 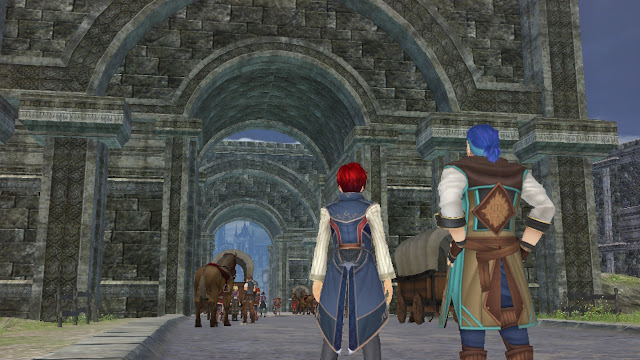 The Game: Skippable cutscenes and in medias res introduction that lets you play right off the bat always make for a great combo. So do stellar physics and a slick fighting system that includes the genre’s best staples (tweakable aiming that automatically transfers to the next foe, variety of attacks and combos) as well as some neat novelties (a ‘zapping’ feature that brings you right next to a faraway foe, to mention the one I could uncover during my limited playtime). 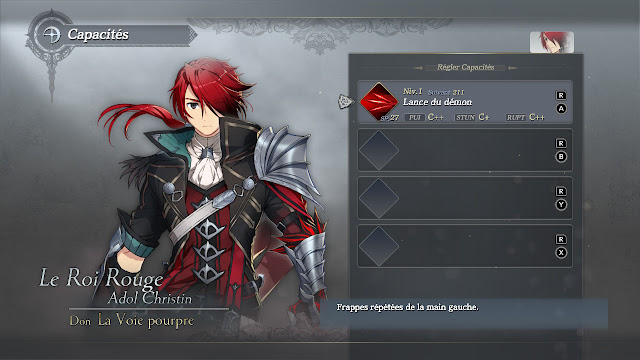 Indeed, a good chunk of Ys IX’s gameplay is based on using the various abilities of your posse of characters to your advantage. Because indeed — again — you don’t solely handle good old Adol Christin, but rather six different characters you can switch between. From what I understand, that new playstyle was introduced in Ys VIII, and is hailed as the series’ best thing since bumping attack by some fans and as absolute rubbish by others. As for me, I don’t care either way — as long as I can slash at stuff, I’m good! 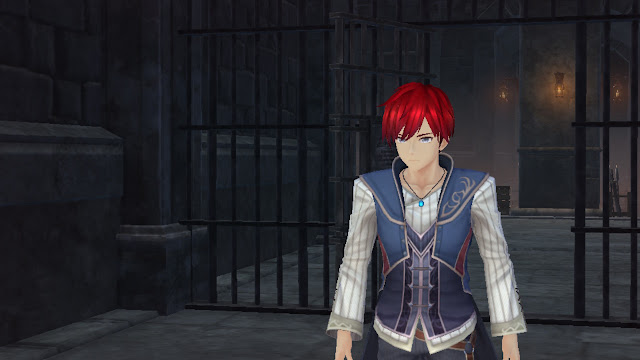 Talking about slashing at stuff, I couldn’t do it nearly as much as I wanted. After that glorious intro that let me claw my way out of a sordid prison, I was introduced to a slew of cutscenes and some quieter gameplay bits involving exploration and item-finding, and… it was kinda boring. Still, I played these bits and skipped cutscenes like it was going out of fashion; next thing I knew, I was thrown into a hectic battle with a bunch of CPU-controlled allies. I could barely spot Adol amidst all that chaos, and… it wasn’t really fun. The Verdict: As much as it pains me to admit it, Ys IX is no New Classic of mine. Bar the initial bout of dungeon-crawling, I had no fun playing it; and nothing about it feels moreish. I cannot lie to myself — but I don’t have to either; as I said, I don’t have to love every single instalment of every single series! 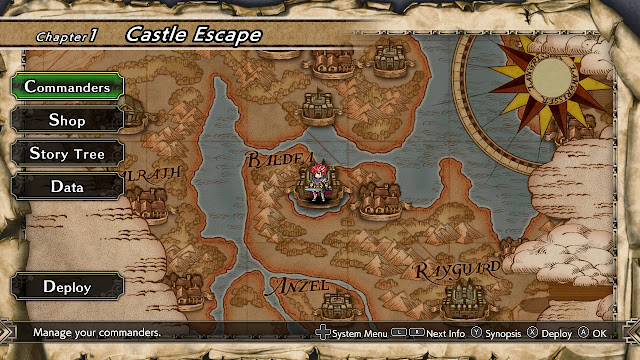 The Backstory: The Langrisser series is very much a product of the ’90s. Not only does it feature distinctive character art by Satoshi Urushihara, who was ubiquitous at the time, but it also had its heyday on a slew of 16-bit and 32-bit platforms, from the Megadrive to the Saturn — without forgetting incursions on the Super Famicom and the PC Engine. I knew nothing of Langrisser before remakes of the first two entries popped up on the 3DS and the Switch; but being the greedy curious gamer I am, I obviously had to give it a go. 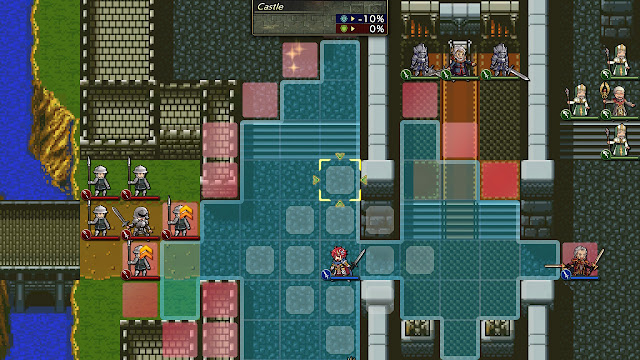 The Game: Well, curiosity kills the cat sometimes — and empties the wallet. Look, I’m not gonna beat around the bush: I knew right away that things were not going to work. This is an archaic SRPG that even updated character art and a thick layer of phone-gamey shine cannot make enjoyable to my finicky palate. It’s slow as heck and complicated to boot; and while I have no doubt that an SRPG aficionado with a perverse taste for retro will lap it up, I couldn’t bring myself to even finish the first battle. 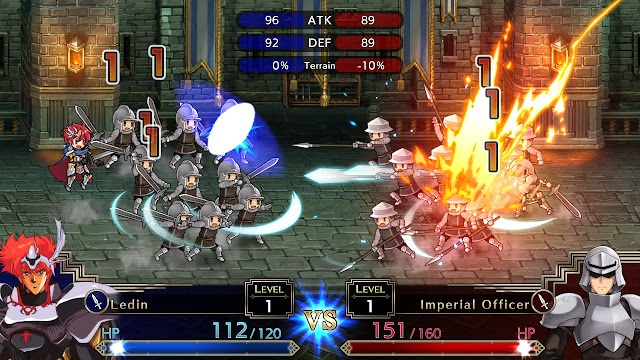 The Verdict: Well, that was fast! Instant dislike of a game can be a thing indeed, just like instant love. More time saved for potential New Classics, hooray! 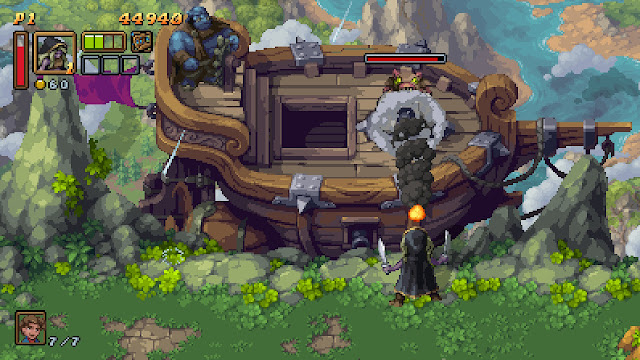 The Backstory: An obvious hack’n’slashy homage to the glory days of arcade and to Golden Axe had to be given a chance to shine — even though Golden Axe ain’t no Megadrive cult classic of mine. Let’s find out if that newest Axe will become a New Classic of mine, shall we? 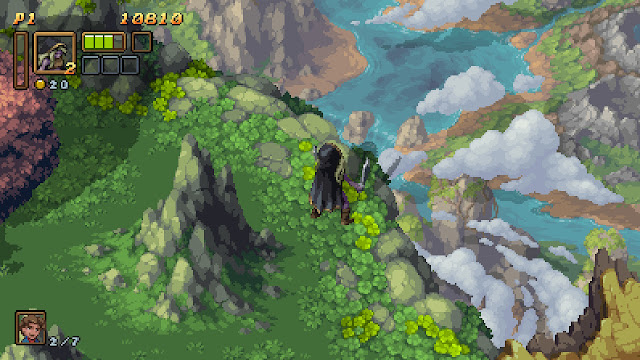 The Game: I went straight for Easy Mode, because I like my Hack’n’Slashes on the cushy, fulfilling side — especially when they’re retro. The metallic, gritty Megadrivey music grated on my ears and was quickly shut down, leaving me free to concentrate on the gorgeous 16-bit-ish graphics — think Seiken Densetsu 3, only with smoother edges and softer hues. 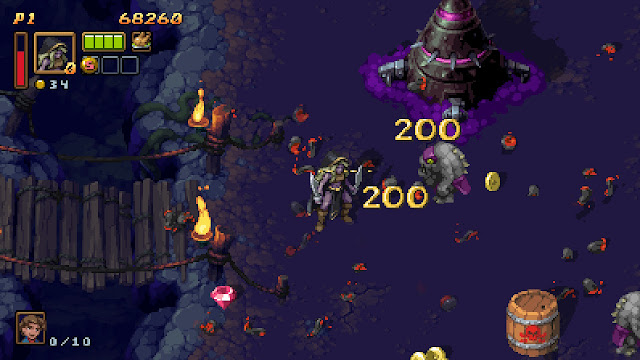 As for the gameplay, it’s the most deliciously regressive piece of bloody messiness I’ve seen this side of Mortal Combat. Geysers of blood! Explosions of fleshy bits! All this at the slightest touch from your sword! I’ve never been one to relish gore in a game; but such cartoonish, over-the-top gore is right up my alley. 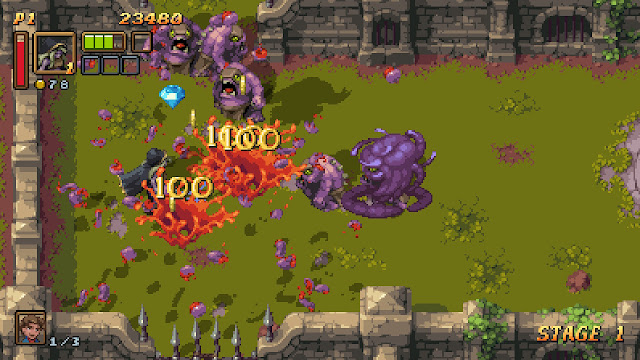 B-Axe can be as short or as long as you want, which is also right up my alley. You can go for a quick carnage fix by polishing off the four levels of the Arcade Mode, or treat yourself to an all-you-can-eat buffet by diving into the Infinite Mode and its virtually endless string of levels. 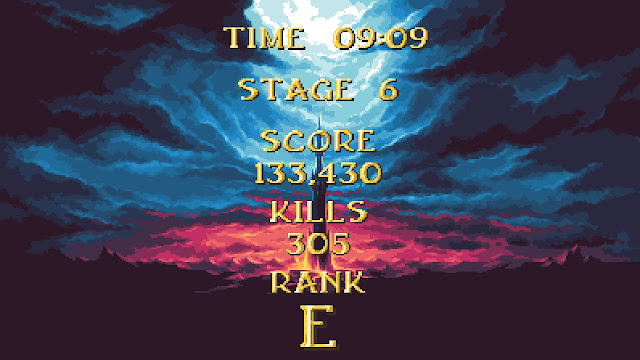 The Verdict: Gory retro goodness is totally something I can use — all the more so as there is nothing quite like Battle Axe in The Collection. We have a hit on our bloody, tainted hands, folks! 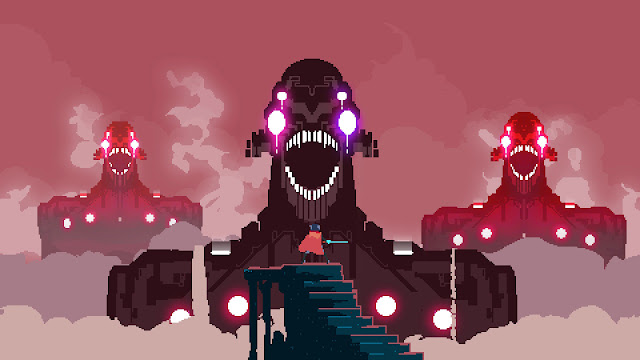 The Backstory: Hyper Light Drifter first piqued my curiosity with its impossibly evocative title, and kept piquing harder with its deliriously beautiful special edition — which, incidentally, is the sole way to go if you wanna own that game physical. I had to secure that thing of beauty; and after unpacking it and discovering all the high-quality feelies included, I was more than eager to see if the game itself was as much of a gorgeous work of love. 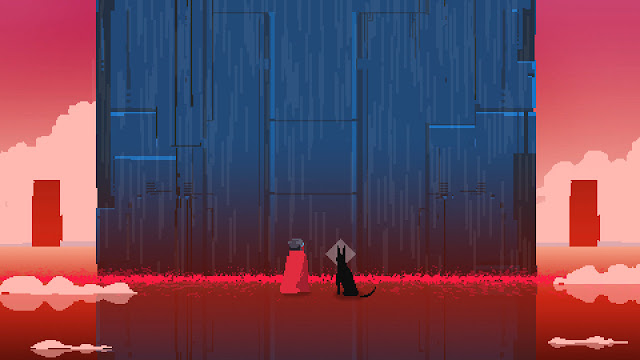 The Game: For once, I didn’t mourn the fact that the introduction sequence is not skippable — because HLD’s intro is simply one of the most mesmerizing preambles I’ve ever witnessed in a video game. It’s just a couple of pictures and a theme track, with no text whatsoever; but these elements manage to create an atmosphere so encompassing that you just want to know more. 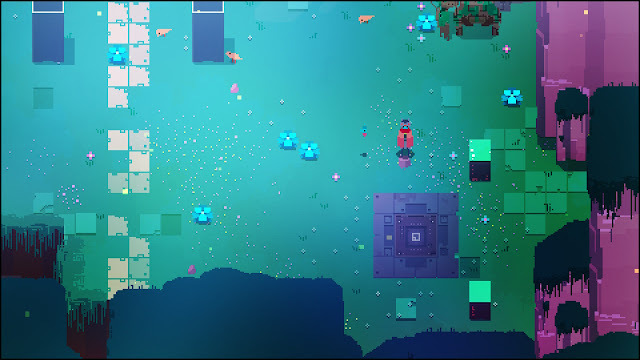 Once that splendid intro is over, you’re let loose in the game world. No briefing, no tutorials, no explanations whatsoever; you’re just left to your own devices, free to figure out the gameplay and progress at you own pace. In-game menus and gameplay hints are kept to a bare minimum to enhance immersion; factor in the mesmerizing graphics and the riveting music, and you get an incredibly absorbing gameplay experience. When I finally emerged from my session, I had an Inception-like feeling of coming back to the surface — like I was returning from some deep, out-of-this-world place. 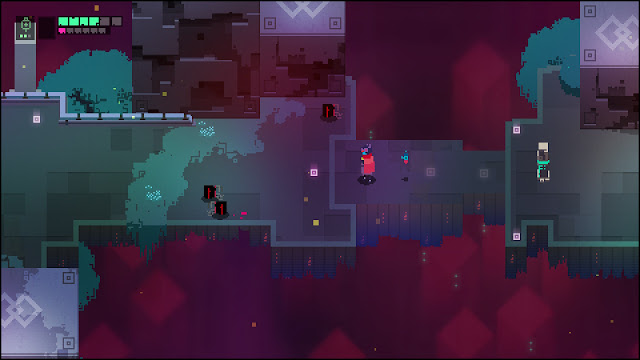 I could rave about the great physics, the inspired puzzle-lite gameplay, the lush graphics and the haunting soundtrack; but for me, HLD’s most memorable aspect is first and foremost its immersive quality. It’s a game that pulls you in like few games I’ve encountered — not thanks to its gameplay, but thanks to its atmosphere. Gameplay in itself in remarkably simple — activate switches, kill foes, collect stuff — but the allure and mystery of HLD’s universe lends even the most basic act some meaningful weight. You’re not just a player pushing buttons: you’re a lone soul — the titular ‘drifter’ — trying to escape an unfriendly environment and to make sense of what happened to you. 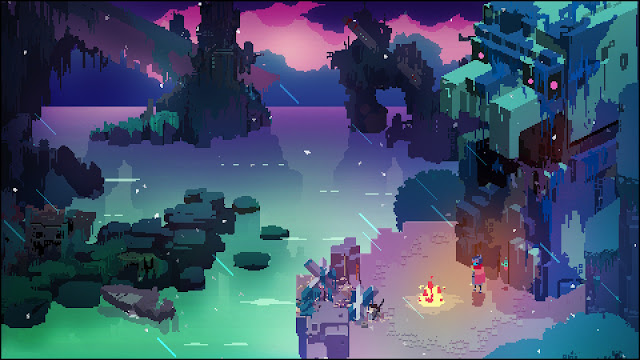 The Verdict: Why, of course Hyper Light Drifter is a New Classic! It’s absolutely splendid, and it totally deserves my love and my playtime — and a spot in The Collection. Maybe Heart Machine will see fit to port upcoming sequel Hyper Light Breaker to the Switch — fingers crossed!