... Or is it? After wrapping up the fourth labyrinth, I was ready to bid PQ2 goodbye: not only was my run clocking at a respectable 46 hours at that point, but I got a lovely conclusion involving (spoilers) Hikari overcoming her inner demons and gaining the necessary strength to pursue a happy life. This outcome was so satisfying that the idea of cruising yet another labyrinth to rescue poor souls stuck in the same predicament as Hikari-chan felt perfunctory. I got my happy ending, now I'm outta here! (End of spoilers)


... Or so I though. But after taking a couple of steps in the final labyrinth, I... I want to keep playing! Not only is that final labyrinth the most gorgeous of the bunch by far, but I'm really just starting to master the whole Persona business for good and all. I want to fine-tune that mastery just a tad more before my first foray into the canon Persona series — and have fun doing so while I'm at it. Having said that, I still feel like I mostly had my fill of PQ2 — pun totally intended — and thus I'm gonna drop all the sidequesty fluff and focus on exploring that final labyrinth and refining my Persona mastery. Here's what I want to achieve during that last stretch: 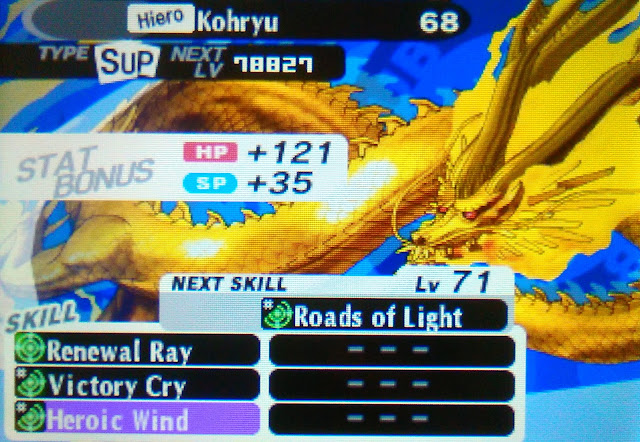 And... That's all, I guess! Apart from maintaining my full elemental coverage all the way through, that is. I gave up on my plan to grow specialized Sub-Personas dealing with a single elemental field; not only is it way too tedious to achieve, but it can be downright counter-productive in battle when triggering Boost requires two elements handled by the same character. Things are working just fine with my Sub-Personas handling mixed elemental skills; and so I'll keep cruising that way until the credits roll. And talking about this: back to da grind — again!
Posted by Isleif at 14:26