Play in progress: Still going strong (or not) 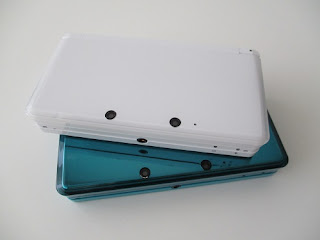 As far as Bravely Default is concerned, I'm definitely still going strong, with 50 hours of play under my belt and the 7th chapter nearly wrapped up. If my calculations are right, I still have a round of bosses to wipe out and crystals to reawaken before being granted the right to face the final boss and witness the ending, and I'm going to use that last opportunity to prepare myself for the final showdown to the fullest. I yet again tinkered with my party's Jobs since my last post. Edea is still a Templar, but her secondary Job command is now Sword Fencer instead of Valkyrie. This means that she doesn't have a group attack anymore; but since I'm pretty much relying solely on her Desperation skill in battle, the Sword Fencer abilities are a much better complement to her Templar fixed Job command than the Valkyrie ones. I made Tiz a permanent Ranger, because this allowed him to wield a bow that is considerably more powerful than the array of knuckles I currently own. I'm planning to change this soon though, because his defence is painfully weak—not to mention that he looks ridiculous in this furry outfit. I will thus shift him back to Monk and give him the Bow Lore support ability so he can keep on wielding that formidable bow and use the Ranger Skills to great effect. No changes for Agnès, but Ringabel's secondary Job command is now Conjurer instead of Vampire. And talking about Conjurer, this ultimate Job seems tailor-made for epic boss fights, with its MP-replenishing Abilities and buff Skills—all things I'm going to use cleverly in the fights to come. In a nutshell, I'm still sailing smoothly in this ocean of grinding and enjoying the trip just as much as when I first set sail.

On the other hand, I've pretty much deserted New Leaf. I didn't touch it since my last post and even went as far as to put the cartridge back in its box, which is an ominous sign that my love story with that game may be truly over. Still, I can't deny that I had a lot of fun playing New Leaf; and should I never touch it again, it will go down in my gaming history as a sweet and light-hearted experience.

Regarding gaming news, I lately spotted a couple of interesting titles slated for release in Japan in the months to come. The first one is Ys VIII: Lacrimosa of Dana, which comes in a nice premium box with an stupendous art book. Although my fingers were itching to order the thing, I remembered my underwhelming experience with the special edition of Summon Night 6 and decided to wait for the inevitable Western release of Ys VIII, which will very likely include a similar special edition if Nihon Falcom's track record regarding localizations is any indication. Then comes Genkai Tokki Seven Pirates, the latest release in Compile Heart's Genkai series and yet another monument of fan-service. Although I was not overly impressed by Moe Chronicles, I still loved it enough to make me want to play other games from the series. Also on my list are Kangokuto Mary Skelter, described as an "active dungeon RPG"—whatever that is supposed to mean—and Caligula, which has some of the best art I've seen in a while. I'm also curious about The Asterisk War, which seems to be the new Sword Art Online and whose extra-bright colours alone make me want to try it. Of course, it's still unsure whether any of these games save Ys VIII will reach European shores, but it doesn't matter to me as much as it used to: for, lo, and behold, I recently dove back into my long-forsaken Japanese studies. Being able to play Japanese games is thus no longer a distant dream but rather a work in progress, and it feels amazingly good.

That's it for the latest news, dear fellow gamers. Thanks for reading, and be my guest anytime!
Posted by Isleif at 14:17