Bravely Default: The end of the road


After 55 hours of grinding, killing bosses and generally doing the same things over and over, I am finally done with Bravely Default. These 55 hours left me deeply sated and happy, with my old-school grindy RPG itch profusely scratched—heck, lacerated would be closer to the truth. 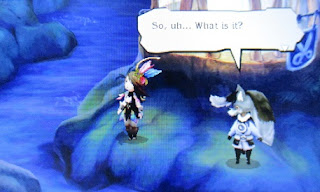 I only have praise in store for Bravely Default's gameplay. It blended the harshness and bareness of old-school RPGs with the customizable quality and user-friendliness of modern RPGs, and the result was a pure work of love that offered the better of two worlds and deeply delighted me. I loved Bravely Default from beginning to end and didn't feel a shred of boredom during my playthrough, even when the game forced me to go through its infamous loops during its second half.

I also only have praise in store for Bravely Default's soft-hued hand-drawn art style, which is exactly the kind of stylization I want to encounter in video games. Not the soft-hued hand-drawn look per se, mind you; but rather a very distinctive art style that doesn't try to imitate reality. The character's designs were also quite unique and instantly recognizable, cute without being sickeningly kawaii. I was particularly fond of Agnès' round hips and small bosom à la Iggy Azalea; such a figure is quite uncommon in the modern videogame landscape, where thin and long legs and enormous breasts reign supreme, and it was quite refreshing to encounter a character that strayed away from these over-used templates.

I only have two minor gripes with Bravely Default's deeply satisfying gameplay. The first one is the overabundance of Jobs, which was thrilling in the early stages yet became counter-productive on the long run. The main issue is actually not the large number of Jobs available per se, but rather the fact that many of these Jobs are too specialized for their own good—and for the player's one. It's pretty obvious that a good third of them have been designed to be used primarily as main Jobs, such as the classic White and Black Mages, Knight, Monk and so on, whilst the remaining two thirds have been designed as side dishes that benefit mostly as secondary Jobs. These "side dish" Jobs offer little goodness apart from a couple of specific Abilities and/or Skills and often come along miserable stats, which makes them unfit as main Jobs; to make matters worse, they are often unfit as secondary Jobs as well because they are too excruciatingly specialized. I firmly think that the number of Jobs available should not have exceeded 14-16 and that some pairs of secondary Jobs should have been fused together, such as Thief/Merchant, Spell Fencer/Time Mage, Performer/Pirate, Arcanist/Spiritmaster and Conjurer/Vampire. Some Jobs should not even have been implemented, such as Red Mage and Salve-Maker: the Red Mage is but a remnant of the first Final Fantasy entries and the Salve-Maker is a crappier version of the White Mage who's laughingly useless in battle and whose sole redeeming quality is its cute dedicated outfit. A more trimmed version of the Job system would have spared me the trouble of job-grinding for hours only to discover that a good portion of the Jobs were virtually useless except against very specific enemies. 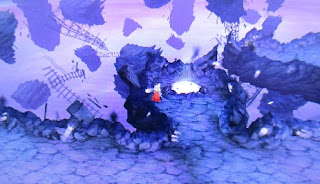 My second gripe is the final boss fight, which I deem an absolute disaster. This final showdown that should have been a summit of epicness was stuffed with an uncanny number of scripted scenes that completely destroyed the tension and diluted the intensity of the whole event beyond repair. The final boss fight should be a fierce head-to-head, a moment when the player is alone with the game without any safety net and can see for themselves at last if their patient grinding is paying off. Such a moment of intense intimacy with the game shouldn't be interrupted by interventions of secondary characters, by annoyingly long scripted scenes, and certainly not by supplications uttered by party members. I mean, supplications in a boss fight? Are you kidding me? We are here to wipe the floor with that boss, not beg him to spare us! All in all, the number of interruptions was so high that I was left yawning by the end of the fight, spamming the same attacks without really caring about winning or not. Had I lost, I would have gone straight to Youtube to watch a video of the ending and wouldn't have given that fight a second try. That's how little I cared about what should have been the game's climax. And that's all your fault, Square Enix, for stuffing cutscenes where they didn't belong. Shame on you.

Still, there's no denying that I loved Bravely Default through and through and would wholeheartedly recommend it to old-timers and to gamers who love their grinding on the heavy side. I'm quite enthusiastic about the sequel, which I will play as soon as my old-school grindy RPG itch needs to be scratched again. Until then, thanks for reading, and be my guest anytime!
Posted by Isleif at 13:07